The Land of the Great Divide 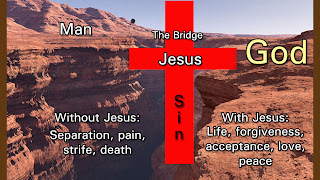 Our country is so blessed in so many ways, yet, even with all the blessing, we are not without failures and division.

Though I had never planned to go down this road in a blog...ever, I feel as if it is a subject long since debated, but rarely understood.  And now, with the Paula Deen and George Zimmerman stories on the forefront, it is time for Christians to stand up and voice the truth in love, to counter the negativity and hatred that the enemy is so eagerly displaying on all fronts.

There have been dark times in this country's history when men have chosen to do evil things against their fellow man.  Cruel things.  Life has not always been respected and freedoms not equally given to all, though our shores have been sought after as a country of liberty and democracy.

Many peoples of all backgrounds, nationalities, culture and creed have been misused, abused, killed, and otherwise looked down upon - American Indians, Irish, Jewish, Chinese, African Americans, Women, and other lesser known groups.

One would think that with all the heavenly provision given this nation, we would seek to live for what is right, love our fellow man despite color, creed, or religion, and love with abandon.  Yet, sadly, we do not.  The enemy has so turned our hearts inward, we no longer strive as a whole to form a better nation of peoples, but look out only for ourselves and our own interests.

We now submit to a great divide.  The enemy disguises it as "race," yet he knows that there is only one race on this planet, and it is the human race, born into existence by God the Almighty, the Creator and Sustainer of all life as we know it.  With his lies come hatred, accusation, dissension and on a daily basis, death - something he delights in.  We play right into the enemy's hand and the only ones it hurts are the ones whose lives are destroyed by it.

People take to the streets in protest as if it will change the hearts of men.  Slurs and hate-filled messages are slung carelessly throughout the media; from those with great influence in this nation; and within our own homes.  The divide only grows wider.

So what is the real issue at hand?  The issue is dark and ugly.  It spans across all humankind and has been the downfall of nations, rulers, and commoners alike.  It festers and oozes its poison, spreading from generation to generation.  The cause of the unrest and violence within our nation and beyond, is not because of a skin color or different ideology.  The canyon is so deep and destructive because man has replaced God with himself.

I invite you to look around.  We have chased God out of our schools and our courtrooms.  We can no longer pray in public places or mention His name without backlash.  Babies are slaughtered by the thousands each year all in the name of convenience.  Our government is filled with greed and corruption.  Hollywood has become a god to many people, dictating their thoughts and perception.  A large majority of our homes are broken, and our youth have no godly role models to guide them.  The old are abandon and overlooked.  Suicide is rampant and murder is common.  Drugs, alcohol, a skewed usage and view of sex, and many other ungodly practices are accepted and even celebrated, however, all of it comes with a price.

How have we come so far?  The answer is quite simple...SIN.  We don't like to talk about it.  We'd rather sugar-coat the truth, and ignore the rest.  We're less than comfortable when someone points out our flaws and calls us on the carpet.  It hurts; wounds our spirit and our pride.  Yet, the truth can heal even the greatest chasm within our lives...our nation...our soul.  It is time for truth to prevail and for each of us to examine our own hearts.

Man's sin separated us from God in the Garden of Eden, and thus, provision had to be made to restore what was lost.  Only a sinless, stainless, perfect, everlasting sacrifice could be made on our behalf, and so, Jesus - God's perfect Son and God in the flesh, came to this earth and died a criminal's death on the cross in the place of all mankind.  In that moment, He took the sins of the world upon Himself, paving the way for us to have a restored, eternal relationship with God the Father. The condition?  We must repent and turn from our wicked ways and accept Him as our Savior, believing that He died in our place and rose again on the third day.

God's love in each of our lives is the only way this divide within our nation, our community and our own heart can ever be restored.  It's time we lay down our "race" card and all the hurt, frustrations and disappointment that the enemy bestows with that, and pick up a newness of life and forgiveness.  Bondage can never compare with the freedom Christ gives us.  Hatred can never heal the way love can.  This blog will never convince man to change, but hopefully, it does point the way to the answer.

Just some thoughts for the day.
Kristi