The year is finally complete for me even though we still have a month and a half left to go.

With conferences spanning from Florida to Maine to Texas and many states in between, we closed our 2014 travels with one final conference this past weekend in our own backyard.

On Saturday, November 8th, Rick and I as Badge of Hope Ministries, sponsored our 2nd Law Enforcement Marriage Seminar for the greater St. Louis area.  Not really sure how turn out would be with all the continued coverage of the Ferguson area, we were overjoyed to have approximately 45 in attendance. 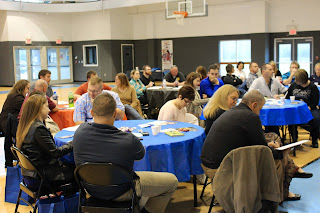 The first half of the day consisted of a financial talk and money managing exercises by Financial Coach Kim Smith.  Kim talked about ways we tend to blow our money, how to take control of it instead of it controlling us, and setting up an emergency fund.

Many couples later commented how important it was to have her there along with the information she provided.  So, thanks Kim!  "Dave" would be proud. :) 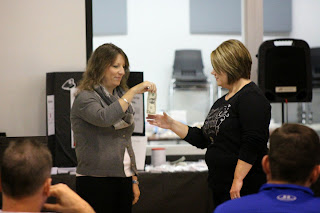 After a short break and lots of yummy snacks, we sat mesmerized as Chattanooga Officer Jonathan Parker described the day his wife died and how she was miraculously brought back to life.  Through passages in Nehemiah and Ezekiel, Jonathan challenged the couples to trust what God can do, and not lean on their own understanding or strength.

God is in the business of bringing "dead bones" back to life, and our marriages are no different.  They are never too far gone to save, however we must be diligent as we protect the boundaries and marital walls, and allow God to bring healing not only in our relationship, but in our own soul. 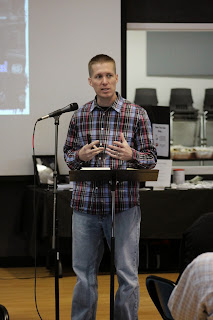 Throughout the day we were blessed enough to have many door prizes and give-a-ways.  Rick drew numbers and gave away things such as t-shirts, food gift cards, gym memberships, utility bags, books and challenge coins.  Everyone had a fun time waiting to hear their number called. 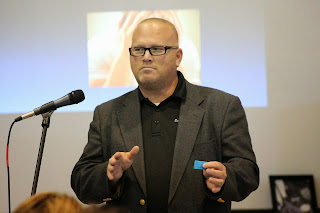 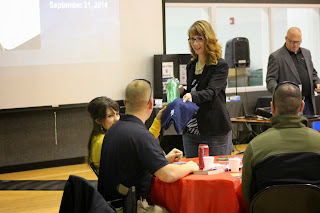 The lunch break was an awesome time of fellowship and discussion, not to mention the great food prepared by our local grocery store and deli.  Many new friendships and contacts were made during this time. 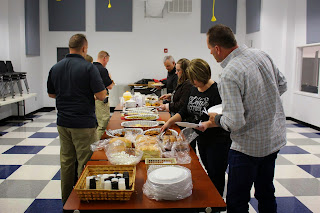 Finally, the afternoon was the pivotal point of the day - Covering the Home Front: LE Marriage 101, taught by me - Rick interspersed in a few key places.

Some of the many topics I covered were the communication break down between husband and wife, and ways to open up the airways.

I also listed many of the stresses that both the officer and the spouse will face, including things such as loneliness, swing shift changes, poor diet, lack of sleep, anxiety, loss of identity, PTSD, etc.

We talked about ways law enforcement life can affect children within the home, something often overlooked. 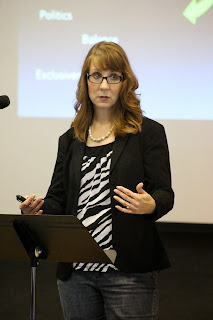 At the end of the day, after all the speakers had spoken and all door prizes handed out, Rick shared with the group Romans 13 which describes the calling of a law enforcement officer to "do good," but to also be "agents of wrath to bring punishment on the wrongdoer."

After offering a plea for those not yet walking with the Lord to surrender to Him, we closed with a video reinforcing the passage Rick had previously read. 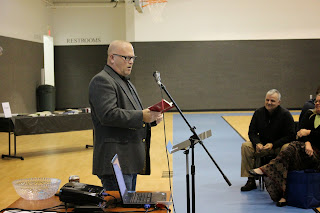 The day ended and all returned to their homes, but not before we were encouraged by a text from a participant that read something to the effect of "We're going to make it!"  This couple had been struggling, but had come to the realization that marriage is worth the fight!  Truly the icing on the cake.

So what's planned for 2015?  Already our calendar is filling up.  Of course we will be seeking to go where the Lord leads and say what He determines, but our prayer is that we will witness even greater things than we've already been privy to.