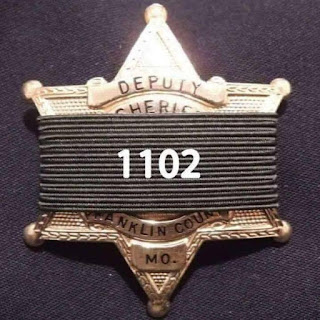 I have fought the good fight, I have finished the race, I have kept the faith. 2 Timothy 4:7

Wednesday, myself along with several hundred others, said goodbye to a great officer, friend, mentor and family man.

After 45 years in commissioned law enforcement, God decided it was time for our friend to go on home. His battle with cancer won a small victory here on earth early last Sunday morning, however we know that God ultimately won the battle, as Mike is now with His Lord.


At the funeral service, 2 Timothy 4:7 was read. The scripture was in essence Paul's last call. He felt at peace knowing that he had fought the good fight and finished all that God had asked him to do.

Most of all, however, Paul kept the faith. He never wavered or waffled. Even when times grew dark and obstacles abounded, he kept his focus on God and relied on His power to carry him through.

What will folks say about you when it is all said and done? Will they be able to say, "He/She fought the good fight....finished the race and kept the faith"?

If you are unsure, then today make it a point to be the kind of man or woman who leaves a lasting legacy just like my friend, Mike...just like Paul.

March on friends. There is work to do!
Kristi