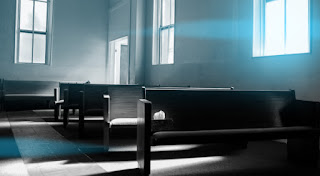 I write to you after I've had some time to chew on and swallow the announcement that came out yesterday by the huge Southern Baptist publishing arm, LifeWay.  They have decided to pull all books written by author/speaker Jen Hatmaker after her remarks about homosexuality and the church. (*Note: since all this has come to light, her post/blog is not accessible)

Just for the record, I am in full support of LifeWay's decision, and am thankful they are holding true to their mission statement and ideals, however, since the boom was lowered, I have began noticing division in the camp, so to speak.  Isn't that just like the enemy?

You see, Jen is just one of many "Christian" leaders who have expressed their thoughts on many divisive topics.  And, unfortunately, like so many others, her views are not those of the Bible, but rather of the world's politically correct system, and are leading so many astray.

But it goes even further than that.  When people such as herself, are held accountable such as through LifeWay's decision, division begins to take place amongst believers.  Many of her followers and others who simply have their own opinion about matters of clear-cut scripture, go on the defence by posting hateful rhetoric towards others, etc., but likewise many on the other side as well.

As I was reading all the comments, articles and responses, God spoke to me.  First of all, He convicted me of my own feelings of prideful justification.  I, too, had earlier in the evening commented to my husband about how if I were LifeWay, I'd yank her books.

How that grieved my Father's heart.

I hate to admit to all of this.  Honestly...it's brutal.

As a Christian, I am called to pray for my brother or sister...in this case, sister.  James 5:19-20 says, "My brothers and sisters, if one of you should wander from the truth and someone should bring that person back, remember this: Whoever turns a sinner from the error of their way will save them from death and cover over a multitude of sins."

Christians...even though I do believe Jen has clearly moved away from God's holy standards on this stance, you and I are not sin-free and you and I have a responsibility to humbly pray for God to convict and restore.  And, for those closest to her, to come alongside and lovingly admonish and "bring her back" to the faith.

My prayer is that the enemy will not continue to divide and destroy platforms, but that he will also not have a foothold in our response to trials that come.

May we be ever conscientious of our words, thoughts and actions.