One Unforgettable Visit to Our Nation's Capitol

It doesn't take much to excite me.  I love surprises.  I love visiting historical spots.  I love talking to my Lord.  I love our nation.  So, last week's adventure to our nation's Capitol was thrilling to say the least!

Last Tuesday, Rick and I boarded a plane bound to DC.  We had, by God's divine intervention, been invited to attend the National Prayer Breakfast.  What an honor! 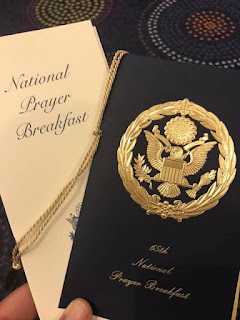 The moment we stepped off the plane, ministry began.  Our home base for the week was the Washington Hilton, the same hotel where President Ronald Reagan was shot many years ago.  Not such a good memory, but a historical spot nonetheless.

We took a cab to the Supreme Court where we met up with friends from Code3/Jaron Ministries based out of California.  We also met for the first time, a couple of folks from the Faith & Action organization, housed just behind the Supreme Court building. 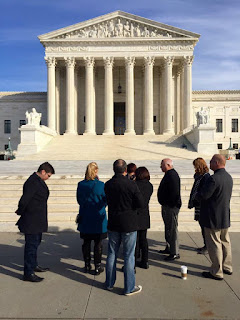 That particular day was a historical one in the making, and we definitely could feel the tension as protesters huddled there planning out their objectives for the evening; media gathering at the base of the stairs.  That evening, President Trump would announce his pick for Supreme Court Justice nominee. What an opportunity!  What a God moment as we praised the Lord for His mercy in raising up a conservative President with conservative values.

For the next several minutes, our group lifted up prayers to the Lord for our leaders, for our Supreme Court, for the nominee and for our nation as a whole.  We listened as one of our members sang praise to God.  I do believe even the protesters felt the presence of the Almighty.

Following our impromptu prayer service, we made our way to Faith & Action's head quarters and prayed over the staff for wisdom, protection and courage..quite a privilege! 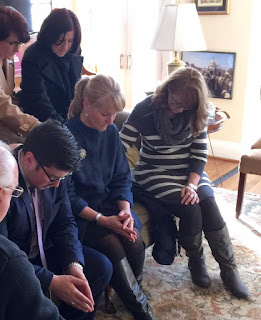 Later, we walked a few blocks to one of the best pizza establishments I've ever eaten at - We the Pizza!  While there, we had opportunity to pray for a Capitol Police Officer originally from Brazil!  Only in America, ey?   What a great end to a day full of worship and praise in our nation's Capitol.  Did I mention we learned to use Uber?  Rick and I are getting pretty hip in our old age! Ha! 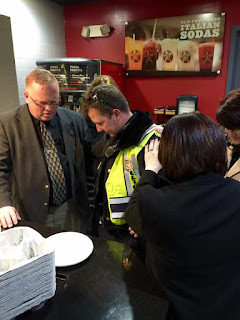 Wednesday, Rick and I visited the prayer room set up in the hotel for anyone who wanted to pray or be prayed for.  Clearly, the Lord was in that place and we were in awe how two unknowns from Missouri could wind up here.  Definitely a God thing. 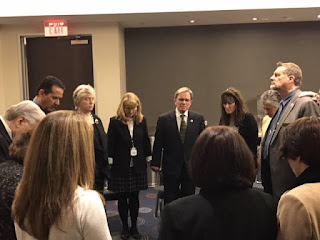 Later in the day, I attended a conference for women of 50 states.  It was put on by the Congressional wives and gave us an inside glimpse into many of the Congressman, Senators, wives and families.  What a blessing!  I bet you did not realize that Bible studies and prayer meetings were taking place within our Capitol?  Somehow CNN has forgotten to report on this. (wink) 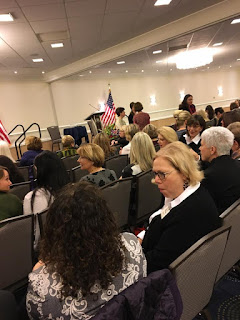 Thursday morning we had to be up bright and early!  The line began forming to enter into the prayer breakfast sometime around 6:00 AM.  Once inside, the Secret Service barred leaving and re-entry, so it was absolutely no drinking anything along with multiple bathroom breaks before we entered into the ballroom.

The ballroom itself was large; the tables beautifully adorned with a breakfast setting.  Rick and I were surprisingly close to the front, with a perfect view of President Trump and all those who had speaking parts, etc. 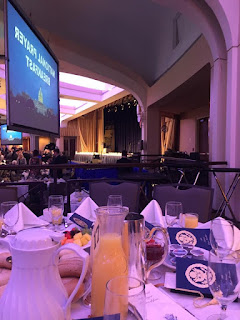 At our table, we had three couples from the great State of Texas, and one couple from Singapore.  Conversation was light and full of excitement as we observed everyone filing in.  Once all were seated, the program began with various speakers then Mercy Me performed their hit song, "I Can Only Imagine".  At that moment, I realized it was the 5th anniversary of my sweet dad's passing.  That very song was sung at his funeral.  Somehow I felt a God nudge in my direction almost as if He was saying, "I haven't forgotten in all the hub bub of this breakfast that a wound is still present in your heart."  God is so amazing!

Navy Admiral Barry Black was the keynote speaker.  His deep, authoritative voice proclaimed the name of Jesus and gave credit to Him who raises up leaders.  This was definitely the highlight to the morning, other than hearing from our President, whom I just happen to really like. (smile)

Later in the day, Rick and I took Uber to the Jefferson Memorial, to the Law Enforcement Memorial, and finally back to the hotel.  We were able to pray with the Uber driver, a man from India, who was extremely grateful for the prayers of blessing. 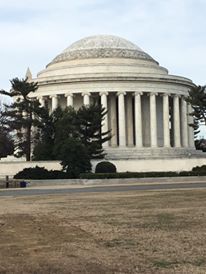 Thursday afternoon we attended a Leadership Conference, then made our way back into the huge ballroom for a closing dinner highlighting a 103 year old Pearl Harbor survivor, a Chicago Cubs player along with his wife, and Pastor Rick Warren.


Friday, as many of the prayer breakfast attendees packed up and left to head back home, Rick and I made our way down to Ebenezer's Coffee Shop, the one mentioned in Pastor Mark Batterson's book, "The Circle Maker". 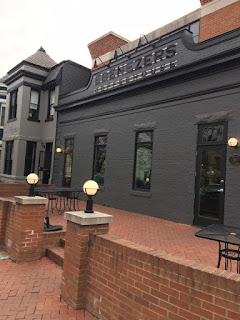 After spending some time there enjoying a good cup of coffee and a great atmosphere, we traveled to The Cedars - an old historic mansion overlooking the Potomac where we participated in a meet and greet for many of the "Who's Who" in Washington and other states and countries.  There we met Philemon from Cameroon and Jackie from Oklahoma, among a number of others. 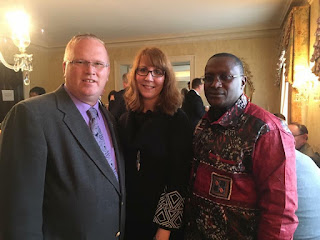 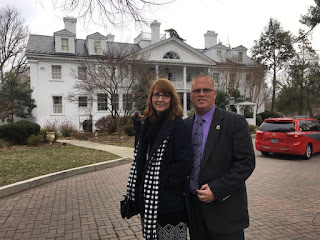 Later that day, we met up with our Code3/Jaron group and toured the Library of Congress then back to the hotel and to bed early to prepare for an early morning flight on Saturday. 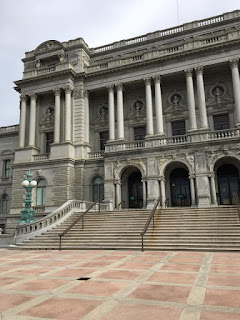 With this event now in the past, we thank God for the opportunities He afforded us and all the people He put in our path.  We prayed with/talked to folks from Ethiopia, Cameroon, the Congo, New York, Oklahoma, Gabon, Eritrea, and so many others.  We prayed with Secret Service, Capitol Police and Supreme Court Police.  We were in the same room as the King of Jordan, the President, Vice President, a Chicago Cubs All-Star, Franklin Graham, Dr. David Jeremiah, Rick Warren, Roma Downey, Dignitaries, Senators, Congressman, and so many others.

If you would have told me even five years ago that we would have the honor to see and do all these things, I would never have believed it.  Yet, this scripture comes to mind...

"On my account you will be brought before governors and kings as witnesses to them and to the Gentiles."  Matthew 10:18

Though we were not on trial, thankfully, He still opened doors for us to be a little light to what can be such a dark place.  Praise the name of Jesus!  Now, waiting to see what He has in store next!