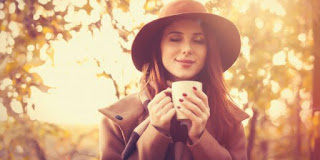 After being out of town for an extended time, I was more than ready to get back to teaching my precious women’s Sunday School class.  But upon entering the classroom, I was shocked to learn that I had been replaced!

Now before my trips, I had prayerfully turned in my resignation. But I was careful to express I was in no rush and very willing to serve until they found the right person. Now I suddenly found myself replaceable. The sting of that broken tie to the women and church I had grown to love nipped at my soul.

This season has ended, I heard Him whisper into my thoughts as I walked out of the classroom for the last time. Yet it was still a somewhat bitter pill to swallow.

Early the next morning, still nursing the wound, I turned in my Bible to Psalm 1. Combing through the passage, the words which yields its fruit in season jumped off the page. I was again reminded that fruitfulness has an appointed time. Obviously my time in that position had run its course.
Continuing to ponder what God was trying to teach me, I thumbed forward to a familiar passage in Ecclesiastes 3:1… “For everything there is a season, and a time for every matter under heaven.” (ESV)

Neither verse was new to me, but nonetheless, at that moment, I was freshly reassured that it was God alone who was shifting my path…plotting the next course, whatever that may be.

Though I could choose to be offended at the church’s lack of communication and unexpectedly abrupt ending to what had been a fruitful season, I knew that God had something different for me now, and my transition to the next thing might even include a period of rest.

Over the next several days, I came to realize it all was actually a blessing. God had faithfully provided a competent teacher to take over the class (what I had prayed for!) While she had been moved into a time of fruitfulness, I had been moved into a time of rest from a busy season of fruit bearing. I was now in a season of metaphorical harvest – the fruit having been produced, the tree was now at rest.

I don’t know what season you are in right now. Perhaps you are busy producing the things God has called you to, but maybe you find yourself in a season of fallow ground. Know that no matter where God has you, everything happens in His time. He may have you in times of production but will also lead you into stillness between seasons.

Sweet friend, learn to be content in both. You can rest in His sovereignty and goodness no matter where God has you.

“He is like a tree planted by streams of water that yields its fruit in its season, and its leaf does not wither. In all that he does, he prospers.” Psalm 1:3 ESV