If the U.S. Could Write a New Years Resolution List... 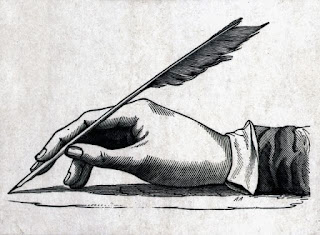 Well, here we are in the middle of our first week of January.   Doesn't it feel great?!!  I mean, who doesn't LOVE a clean slate...a fresh start...a do-over?!

I got to thinking, however, about what it might look like if the U.S. wrote out a New Years Resolution list and actually kept it.  What would possibly be on a list such as this?  Well, here's what I came up with.  I hope you enjoy!

#10 - To Play Nice with Others. Yes, we are known for our extensive array of personalities, but what if our nation as a whole would simply play nice?  Meaning, stop all the squabbling within our own borders.  Whatever happened to respecting other's opinions?  Like my momma always said, "If you can't say something nice, then for heaven's sake, shut up!" (I sort of took the liberty to tweak that saying just a tad)

#9 - To Stop Using Twitter for Personal Digs.  Oh.my.word!  Who created this crazy one to two sentence monstrosity anyway?  I have enough trouble getting out all I want to say in one blog post, yet here there are thousands of folks slapping down their abbreviated derogatory digs with an @ sign, and making headline news.  Why don't we go back to sharing a music video, book review link, or inspirational quote?  Twitter rhymes with bitter.  Get it?

#8 - To Not Wear Our Feelings on Our Sleeves.  If one were to count up all the "offensive" things that hurt our feelings last year, well, the list would simply be exhausting.  Oh, my, gosh, people (said in an English accent), let's get on with it, shall we?!

#7 - To Go One Day Without Mentioning Trump.  Don't get me wrong...I love Trump!  I think he's the best thing since sliced bread, however, it is utterly mind boggling how obsessed our media and others are with this President.  I believe if the poor man blew his nose too loudly, we would all be bombarded with endless tirades on proper nose-blowing etiquette. It's a wonder he still has any of that wonderful wispy head of hair left.  If it were me, I would have already pulled it all out by now.

#6 - To Embrace Old Glory...After All, It IS Our Flag.  The only knee taking we should be doing, is in humble prayer.  And besides...what good does all that low-stance mockery do anyhow, other than display utter foolishness and create soiled pants?  No, I for one will stand proudly when she waves those stripes and stars.  It's the American thing to do and besides, one looks silly down there on their knee unless they are offering a proposal or talking to the Good Lord.  For heaven's sake, get up!

#5 -  To Spend Less Time on Facebook and More Time in the Faith Book.  Oh, yes.  I had to go there.  Listen, I'm a Facebook junkie.  My phone is firmly planted in my hand at all times, and at every message ding, I rush to read something that just might change my life! Lol.   In all honesty, however, quiet time in purposeful meditation on eternal truths is much more productive.  God's likes and comments are always worth a second look, and when He does rebuttal, it is done in love and not snarkiness.  Wouldn't we get so much more accomplished if we spent more time in the Faith Book?

#3 - To Be Less About Selfies and More About Selfless.  Oh there is an epidemic, I'm afraid, of selfy posting on media sites by the gagillions (is that even a word?).  But what if we focused more on others than we do ourselves.  Instead of how great our hair looks, how muscular or fit, we might focus on how we can help someone else.  I know it's crazy, America, but we can do it!

#2 - To Eliminate Fake News and Embrace Newsworthy Truth.  Okay, so it doesn't sell as well, but hey, it would be quite refreshing.  I would personally love to hear about a good deed that someone did instead of the usual governmental melodrama.  As George Washington once said, "I cannot tell a lie."  Or, wait, did he even say that?  Sigh.  Case in point.

#1 - To Embrace This Melting Pot of Humanness and Be Thankful for What We Have.  Ah, yes, the proverbial climax to a less-than clever blog post, yet shouldn't we really be thankful for all we've been given?  Let's face it, we DO have a number of reasons to be thankful.  Yes, there are those people and circumstances we would rather not claim or have to deal with, but all in all, this is still the greatest country on the planet and God has, for whatever reason, blessed us way...WAY beyond what we deserve.  So let's embrace it, America!!