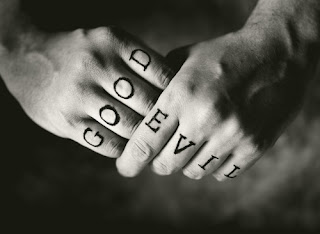 Days after one of the most deadly school shootings in history, the spin has already set in.

From one side we have:

"TEACHERS SHOULD TEACH NOT CARRY GUNS!!"

From the other side we have:

"IF TEACHERS WERE ARMED, IT WOULD REDUCE THESE SITUATIONS!!"

"IT'S NOT THE GUN, BUT MENTAL ILLNESS!!"

Wherever you stand on this issue, I think we can all agree that what took place on Wednesday was calculated, cold and unthinkable.  No student nor staff member should ever have to fear while at an educational institution...or anywhere for that matter.

Yet, here is where I will once again veer off from other mainstream writers, bloggers, or news correspondents.  There is a spiritual side to this story whether we believe or want to admit it, or not.

I ran across an article today on CBN News that noted the gunman, Nikolas Cruz, made the statement that "demon voices told him to do it".  Demon Voices

Okay, before you roll your eyes or click out of this blog post, stop for a minute and ponder this question...Are there spiritual forces that sway people to do certain things or act certain ways?

Think for a moment to your own life.  Have there been times that you knew you shouldn't do something, but something inside you urged you to just go for it?

Obviously, for the large majority of us, we cannot compare apples to apples when rating our "sins" to this young man's "sin".  Yet, according to God, a sin is a sin is a sin.  They are all bad, from the tiny white lie to murder, and one sin separates us from a holy God.

Okay, now back to the question.  Are there spiritual forces that sway people to do certain things or act certain ways?

I believe the answer is yes, and I will give you 4 reasons why and how I know that.

1.  The Bible tells us there is a real, unseen, spiritual being called Satan who wants to destroy everyone and everything.

1 Peter 5:8 says, "Be alert and of sober mind. Your enemy the devil prowls around like a roaring lion looking for someone to devour."

John 10:10 says, "The thief comes only to steal and kill and destroy; I have come that they may have life, and have it to the full."


3.  Jesus ministered to many who were demon possessed.

Matthew 8:16 "When evening came, many who were demon-possessed were brought to him, and he drove out the spirits with a word and healed all the sick."


4.  Demon possessed people were stronger than men, violent, and could not be contained.

Mark 5:2-5 "When Jesus got out of the boat, a man with an impure spirit came from the tombs to meet him. 3 This man lived in the tombs, and no one could bind him anymore, not even with a chain. 4 For he had often been chained hand and foot, but he tore the chains apart and broke the irons on his feet. No one was strong enough to subdue him. 5 Night and day among the tombs and in the hills he would cry out and cut himself with stones."

Acts 19:16 says "Then the man who had the evil spirit jumped on them and overpowered them all. He gave them such a beating that they ran out of the house naked and bleeding."


As you see, there is...are...evil spiritual beings who want to and can cause individuals to act violently or do things they would not normally do.  Today, we might label it a "mental illness" or "insanity", but the truth lies much deeper and darker in these instances.

So what do we do with this young man who has caused so much hurt and pain?  Do we hate him?  Do we kill him?  Do we put him away and forget him?

Without debating those types of issues, and yes, I believe in the death penalty in situations like this, I also believe we have to address the spiritual aspect:  This young man was created by God, in God's image, as were we.

As he stated himself, he was directed by demon voices.  Therefore, would it not make sense to pray for him that God will free him from the dark spiritual bondage that he is currently in?

I don't know.  Jesus seemed to have compassion on these people...loved them...and healed them.  He never condoned their sin, but he dealt with the much deeper issues going on inside them.

Just some things to think about.

Call me a bleeding heart...a religious fanatic...a lunatic, however, the argument needs to be made with God, not me.  I'm just a student of His Word, and one who is still trying to make sense of it all.