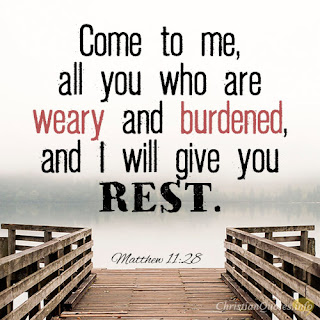 Have you ever noticed that people who have been deeply hurt by situations life has thrown at them, often become bitter, hateful, critical people?

And, to top it off, because of the hurts they have experienced, they often turn away from God--some even claiming He simply does not exist.

It makes me think back to a time I took our cat to the vet for a small procedure. When I went to pick him up, the tech told me that he wasn't happy and was hissing and snapping at everyone. She said, "I'll let you stick your hand in there and get him." Nice.


I calmly walked up to the cage. I could see he had his back arched as in a defense mode. He was growling under his breath until I began to call his name.

Quietly I comforted him by talking in a soothing voice, and slowly reached out to pet him.

Because he finally realized it was me, he calmed down and allowed me to hold him and stroke his fur.
His release of all that stress and pain began the healing process. It wasn't long that he was back to his normal, contented self.

I realize people are much more complex than cats, but I see it as a similar process.

Those who harbor all that resentment and bitterness--especially those who shut out God, will never truly heal. They will continue to push away others who try and get close, and run from commitment, believing that even God, if He's real, will hurt them eventually.

Yet the truth is that our Lord stands ready and willing to lovingly take us in and offer comfort. He wants nothing more than for you and me to turn over those hurts and find healing in Him.

In this world there are so many broken and hurt people. It's rather overwhelming if you think about it. They are our neighbors, co-workers, spouse, children, and perhaps even us.

In our own strength, all that hurt and brokenness will only lead to more layers of the same. Yet with God--those layers can be stripped away and the wounds permanently healed.

I don't know about you, but to me, this seems like the better resolution.

Today, quit holding onto those hurts. Hand 'em over to God. He's big enough to take them all in exchange for total healing.

What's the key to all this broken mess in the news, on social media and in our own lives? Jesus. He's more than enough.