Time for Healing: A Trip to Ferguson

With all the junk we see in the news - much of it slanted to allow only a snippet of reality, I thought I'd give you a hands on, first account from an outsider's perspective.

You know...it's time for healing in the St. Louis area, and I believe God is calling His own to step up and be counted.  This is my account: 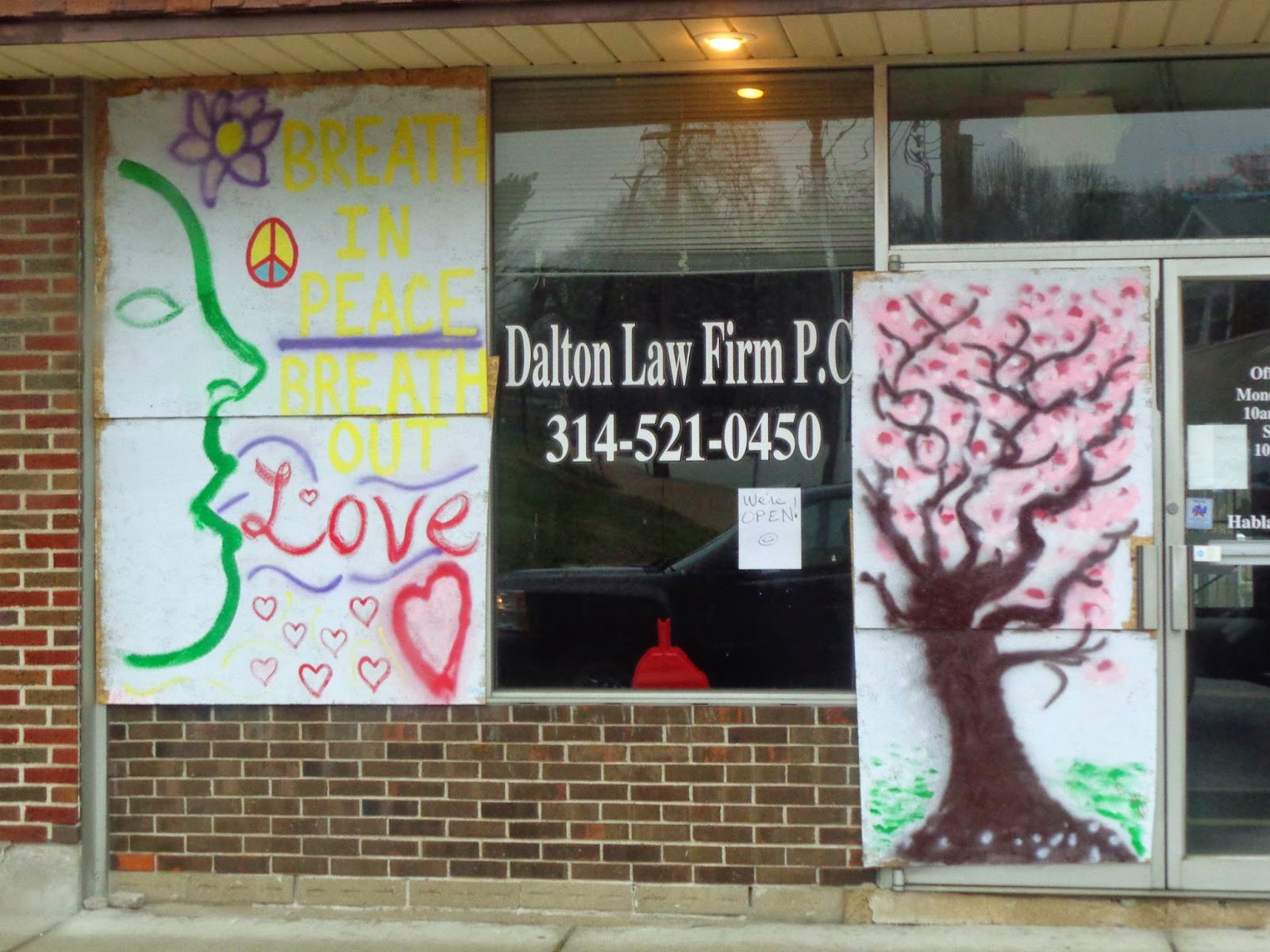 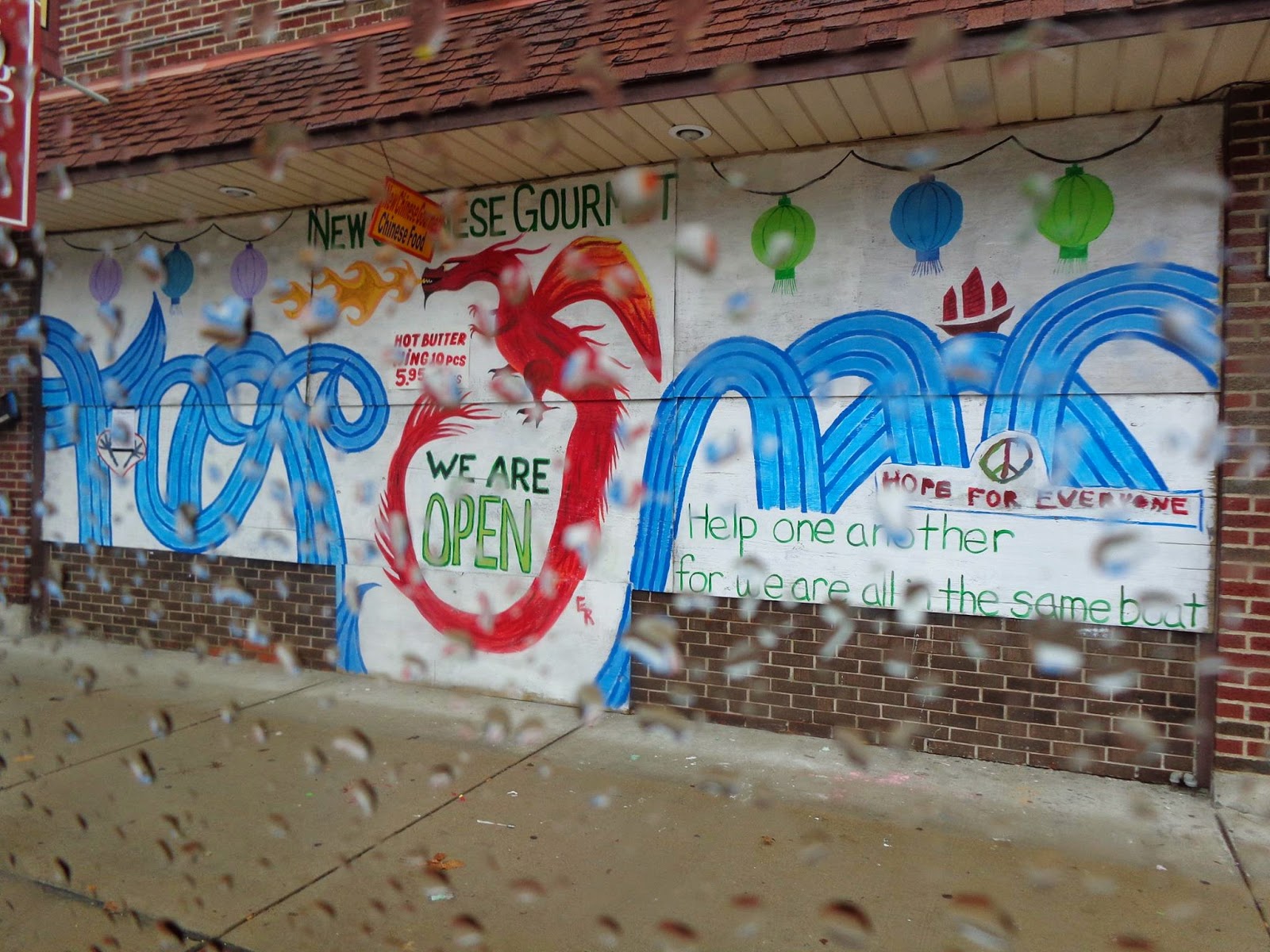 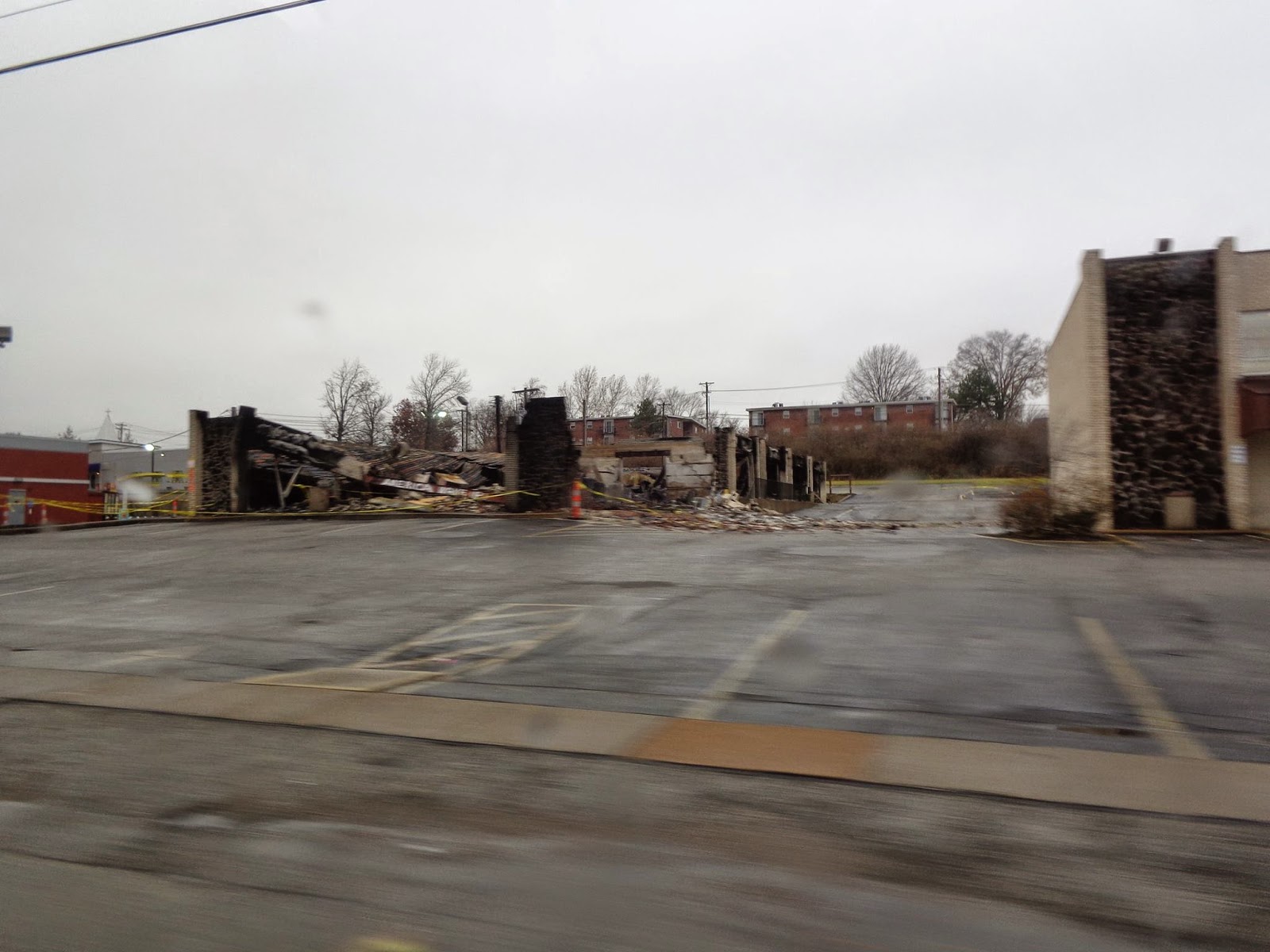 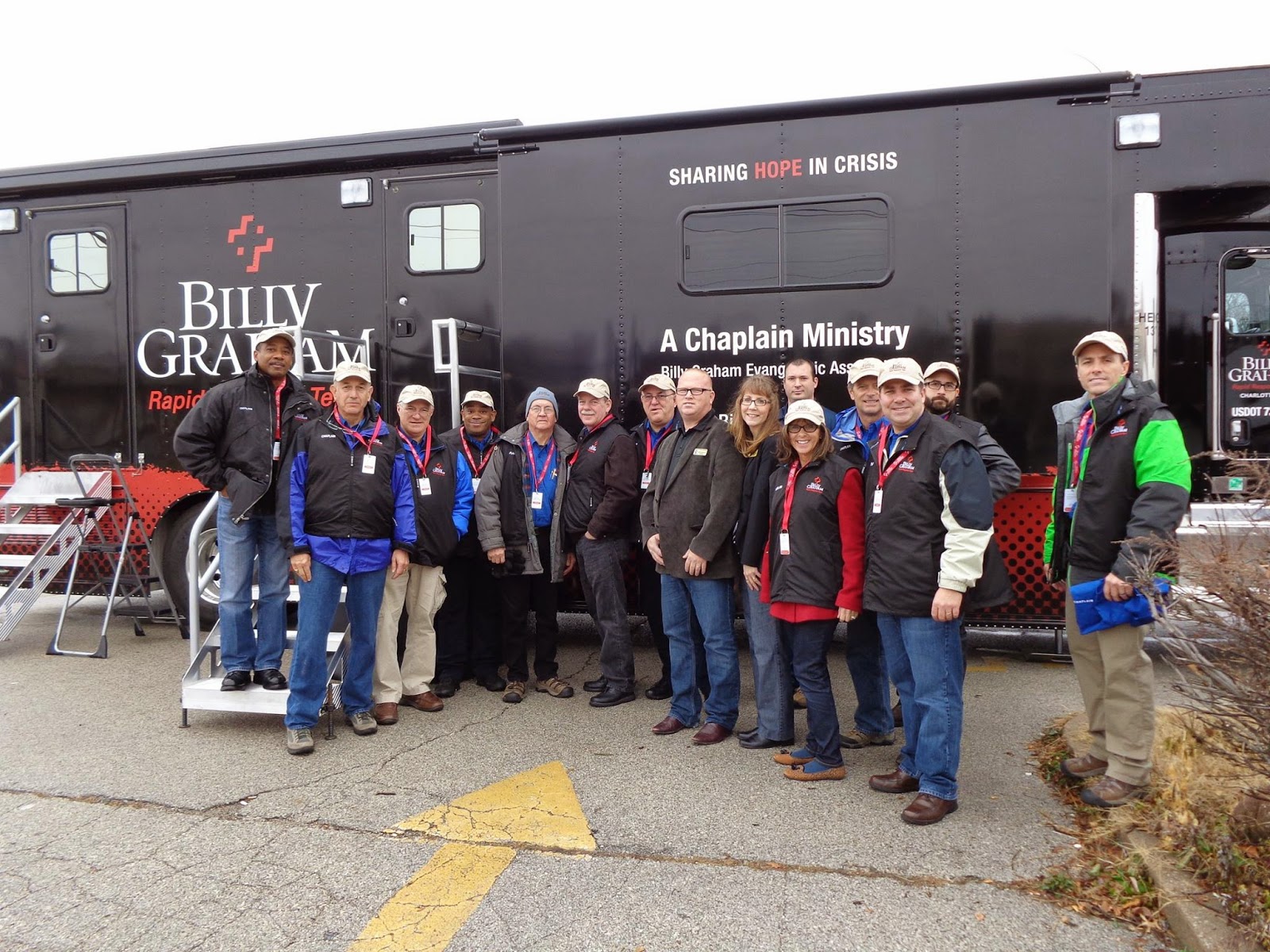 Yesterday, the Badge of Hope team went to Ferguson, Missouri where all the riots and protests took place; a town earmarked with the aftermath of emotions out-of-check and sin unbridled.

I'm not really sure what I expected to see or feel, however I knew that God was calling me...us to be a light in that spiritually dark area; to bring encouragement and hope.

We rode in chattering about this and that, yet drawing closer to the epicenter of the unrest, our talk quieted as we pointed out burned buildings, boarded up shop windows - artful graffiti with thoughtfully drawn phrases like "We're in this together," "Breathe in peace, breathe out love," and "hope for everyone."

The town itself is quaint.  Mom and pop shops line the streets.  Christmas decorations hang from every light pole.  I can only imagine what stories this town could tell if given the opportunity - Christmas parades, homecoming floats, young lovers walking hand in hand down the sidewalks.

There are some beautiful older homes, yet like all of us, have probably aged in warp speed over the past several months.

Then there is a certain part of town - the one no-one wants to discuss, or even know what to do with.  It stands on the outskirts of the main drag.  Hopeless.  Melancholy.  A thick cover of desperation looms there, however God reminded me that there is no place too far gone, too spiritually darkened, too hidden that His love cannot penetrate.

I prayed.  As we drove through, I was reassured of God's presence.  He is there.  He was there, and praise God He is in the restoration business.  God loves the people of Ferguson...all the people, and He wants them to know Him.  To dine at His table.  To drink in His love for them.  They are special to Him.  Why wouldn't they be?

We made our way to the police station, then waited in the damp coldness until the door was opened and we were ushered in to an awaiting office.

Our visit was fruitful.  From the moment we stepped inside until the last prayer uttered, God was there and directing the conversation.

We met with the Chief's Administrative Assistant - a beautiful African-American woman with a glow of God about her.  It's been hard on her these past four months.  Torn between blood and loyalty, she's chosen to be Christ's ambassador.  Allowing Him to give her peace and direction in the midst of all the heartache.

Next, we met with the Lt. Col., a kind man with a seasoned-cop exterior.  I sensed that this man has witnessed a lot in his years of service, yet I knew in my heart that this had been his biggest challenge. For a man...a cop...a leader, it is taxing to not be able to totally "fix" the problem.  Yet despite the frustrations and pain, he smiled, displaying how much he truly cares for the folks he serves.

As the lighthearted conversation came to a close, the Chief walked in.  He too smiled, but his eyes reflected a tired heart and wounds that only Jesus Himself may ever know.  He was a man.  A man behind a badge.  One who had sworn to uphold the law and protect the citizens.  To stand for truth and live out integrity.  This man had the weight of the world on his shoulders, but as we encouraged him, I could hear a hint of emotion behind the "thank yous".

We explained the gifts we had brought and asked if we could offer up a prayer.  God was there holding up each one.  Strengthening with His Spirit to go another day.  What an amazing experience.

Our team left there much more energized and blessed than before we ever entered the doors.  We made our way down the road to Delwood - a town on the outskirts of Ferguson that took the greatest brunt of the anger.

There parked in a parking lot next to a boarded up building, sat a beacon of hope - the Billy Graham Rapid Response bus.

We met with the group - mostly men, who were on mission to bring the peace of Christ to a hurting region of the country.  We prayed and asked for God's guidance, protection and direction.  They returned the prayer for us.  An exchange of business cards, a couple pictures, then we were off, but not before God had one more trick up His sleeve.

Our church had provided numerous McDonald's gift cards to hand out to the officers.  We had quite a number of them left over, and the Billy Graham team just "happened" to be parked across from a McDonald's.  They received the cards with joy.  This would be a ticket to open dialogue with many of the passersby.  Only God would orchestrate things the way He did so perfectly.

I must admit that the return home was a little forlorn.  When a person sees God at work so visible, it's hard to pull yourself away.  The intense desire to be where He is almost too much, yet we know that there's other locations...more Fergusons that need God moments just like this.

Sooo...we're off.  Where He leads next we do not know.  What we do know is that despite what you hear on T.V., despite the negativity and hate and despair that this world dishes out, God is still at work in the hearts and lives of men and women all over the world.  As for us, we will be that city on a hill until He says our time is up.

Merry Christmas, Ferguson.  You are loved.