5 Tips on How to Effectively Pray for Your Husband 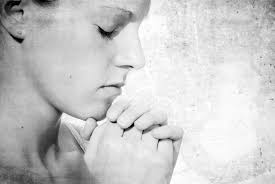 This past weekend, I was the guest speaker at a Police Wives Retreat in Minneapolis, Minnesota.  One of the talks I gave was 5 Tips on How to Effectively Pray for your Husband.

Whether you are an active prayer, or just an occasional touch-base kind of gal, I want to encourage you to aggressively seek the Lord in every and all circumstance, but especially when it comes to our husbands and their line of work.  Our men are going to war every day on and off the police beat, and the enemy is wanting to defeat and destroy them.  Your prayers could absolutely be a lifeline for their well being and safety.  Believe me, they will thank you, and you won't regret it.

"Therefore confess your sins to each other and pray for each other so that you may be healed.  The prayer of a righteous man (or woman) is powerful and effective."  James 5:16 parenthesis added.

Over the years, I have chose to actively pray for my husband, and I've seen those prayers answered.  An example of this happened a couple of years ago.  While I was busy at home doing the mundane chores like laundry and dishes.  Little did I realize that my man  and two other officers were in a wrestling match with a gun toting, suicidal woman, which could have ended badly for all.

Yet, my prayers had covered him that morning as usual, and God answered them, right on cue.  Not that He will answer all our prayers according to our will, but He will answer according to what is in our best interest.  That particular day, thankfully, He heard my plea for protection and allowed the situation to end peacefully.

1.  Pray for his mind.  When there is an assault on his mind, there's an assault on you as well.  Our husbands are constantly bombarded with feelings of inadequacy, recurring nightmares, seeds of depression or anxiety, worry, feelings of hopelessness, anger, and temptations.

Pray that God will protect his mind and remove those impure thoughts, replacing them with an overwhelming sense of peace, hope, goodness, etc.

Where the enemy has already stepped in and clouded his thoughts, we need to pray that God will push those things aside, and that our husband will no longer be tormented by them.

The Bible reminds us that we are to take every thought captive, so pray that God will give him the strength to listen to the Voice of Truth and not the father of lies.

2.  His work.  Our husband's identity is more or less tied up in his work.  He desires to be a team player - to prove that he's got what it takes, and feels the weight of his responsibilities there.

God recognizes this and says in His Word that there is nothing better than for a man to "enjoy the good of all his labor - it is the gift of God." (Ecclesiastes 3:13)

We know that our husbands are called by God to the position they have.  Romans 13 talks about how those in authority are established and called by God.  We need to pray that our husband will recognize his calling and that doors will be opened for him within his place of position. We also need to pray that he will feel productive and successful in the work that he does, yet also find rest and refreshment on those down times away from the department.

Assure your husband that God has uniquely qualified him for his tasks and that you think he's great at what he does.  Ultimately, your opinion of him means more than any other, and can work wonders at building him up.

"Let him be like a tree planted by the stream of Your living water, which brings forth fruit in due season.  May he never wither under pressure, but grow strong and prosper."  Psalm 1:3

3.    His Protection.  How many times have we heard stories about men on the battlefield at the very moment of greatest danger, only to experience miraculous deliverance?  Later recalling the story, they learn that at that moment of peril, someone was actively praying for them.  Well...our husbands are on the battlefield daily, and they need our prayers.

Our prayers for his safety need to be ongoing and frequent.  And if something does happen despite our supplication, we take comfort in the fact that we invited God's presence and power into the midst of the situation.  Our husbands are never alone.

Pray that God will give him wisdom and discretion so that he may not fall into danger, and that God will be his fortress, strength, shield and stronghold in times of anxiety and danger.

Oh God, may you "preserve his going out and his coming in from this time forth and even forevermore."  Psalm 121:8

4. His integrity.  "Integrity is not what you appear to be when all eyes are on you.  It's who you are when no one is looking."

We've heard stories of officers who have helped someone in need without seeking fanfare, but then it goes viral.  People just soak up stories like this because they are so rare.

A man of integrity knows that his "yes" is "yes" and his "no" means "no."  He will not compromise, but will keep his word even if it costs him something to do so.  A man of integrity will stand strong in what he believes, and will show compassion and kindness to those he comes in contact with in each and every situation.

Proverbs 10:9 says, "A man who walks with integrity walks securely."

Your husband has to choose on his own to do the right thing, but you as his spouse can help him fight the enemy through prayer.

Pray that God will give him a teachable spirit and that he will listen to the voice of wisdom, growing in God's grace and ways.

Pray that God will place truth in his heart, mind and mouth, and that he will act on it in confidence.

5.  His Faith.  "every day is a walk of faith on some level.  Everyone believes in something."

Romans 12:3 says that "God had dealt to each one a measure of faith."  It is us who choose what we believe in.

Everything in our husband's (and our) life hinges on our measure of faith - our marriage, relationship with the children, worth ethic, mental well-being, etc.

Pray for faith to rise in his heart.  Pray that God will enlarge his ability to believe in God, His Word, His promises, His ways and His power.

Pray that your husband will hear God's voice and understand what it means to bask in His presence; that he will seek God and put Him first.

Finally, pray that he will know God's goodness and know that he is an important part of God's design.

I hope these give you some things to aim for in your prayer life.  God wants us to come to Him with everything, and loves it when we bend the knee in prayer.