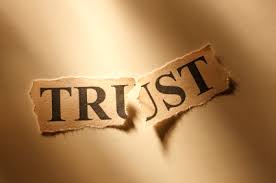 What do you do when you've tried to be the best wife or husband you can be, and the unthinkable happens...an affair?

How do you respond?  What is your first reaction?  Does your heart and mind war with one another?

Over the next several blogs, a friend and fellow police wife will share her intimate story.  A story of heartache and turmoil, but also one of hope and healing.

Journey with me as we take a personal look at one LE family's journey.  I believe it might give you a new perspective on the phrase, "Marriage is Worth the Fight."

I truly do not know where to begin.  I've been an LEO wife for 23 years and thought we were doing everything right.  We were living the charmed life.  He worked crazy hours, shift work, court, etc., and I stayed home and took care of the children, and tried to make our home a haven.

I had never been too caught up in the Law Enforcement world.  We had a few friends from the department, but we lived a distance away, so getting together with them wasn’t always an option.

In 23 years we experienced life’s ups and downs like any married couple.  Throughout those years I noticed his faith wavering, but he would always make a “turnaround”  I chalked it up to being part of the “job”.

We went to church as a family, prayed, did church activities; me somehow thinking that would be enough.  Then about 3 years ago it seemed to get worse.  I don’t know if you believe in attacks from the evil one, but after surviving what we went through, I no longer have any doubts.  It caused me to pray like never before…. "Bring him home!"…"Use whatever means necessary."

Things just didn’t seem right.  For the first time, I could not put my finger on it.  He was pulling away and I could not get him to talk to me at all.  It seemed as though we were living different lives.  I did what I needed to do for the kids and the house and the family, while he was working more and more.  He was angry, mean and said VERY hurtful things.  I was in tears all of the time because the man I so dearly loved wasn’t happy and I knew it.

Crying out, I begged him to tell me what I could do.  I didn't want to be the reason for his unhappiness.  When he wouldn’t answer, I believed the lie that it was me.

I prayed and through prayer I came across the Love Dare which I dove into like my life depended on it.

The ironic thing is my personality dictated a very different approach.  Anyone who knows me understands my natural response would have been to say, "Well, then get out!"  The Lord was definitely at work here.

I thought that if I became a better wife, mother, housekeeper, it would repair our marriage.  There was more overtime and court than ever before, but no overtime pay.  When I questioned him it was met with excuses like, "Someone new started in payroll, and they don’t know what they are doing."

Then he was picking fights with me every chance he got.  I couldn’t do anything right.  I was also pretty sick at the time.  The doctor’s were baffled by my symptoms, so I was back and forth with them taking meds which made me tired and extra stressed out.

I finally started keeping track of his hours, something I had never done before, and began checking the cell phone bill.  Hours and hours of calls appeared from a blocked number, some during his shift and others on his way to and from work.  When I asked him about them, he said it was one of the guys from work.  Then the calls came while he was home.  When I would answer they would simply hang up.

He was becoming more distant and incredibly mean.  This was not the man I had married.  One afternoon while the kids were at school, I decided to press the issue of why he wasn’t getting paid for court and over time.  I flat out asked him if he was having an affair.  He vehemently denied it, and said that he had too much respect for me to do something like that.  Even hearing those words, something didn’t sit right within me.  He had an excuse for everything.   Finally I said I was going to call payroll and find out what the problem was with his checks.  By this time the argument was extremely heated, and he finally confessed.  He was having an affair with a dispatcher.

Shock does not even come close to what I was feeling.  I thought I might pass out.  The room was spinning and I felt as if I would vomit.  I asked how long, when and where it started.  He said it was over, and gave me a lame timeline, however, I wanted answers.

I couldn’t function.  I still did what I could do for the kids, but as for me.  I was unable to eat because I couldn’t keep food down.   I ended up on blood pressure medicine due to my stress.  I made him go get checked out by our doctor to make sure he didn’t have any STDs.  Fortunately our doctor was a Christian and let him know in no uncertain terms that what he was doing was wrong.

We decided we would stay together and work on things.  But after a person has been hurt like that, trying to “fix” your marriage can almost seem like it is doing more harm than good.  I wanted answers and he didn’t want to give them to me.  He continued to lie, and even if he did tell me the truth I couldn’t believe him.  The trust was gone.

Needless to say I didn’t finish the Love Dare.  As a matter of fact I believe I threw the book at him…literally.  I couldn’t concentrate enough.  In the meantime I also got a job, thinking that would help.  When he was angry he would make comments about me not working, so I reasoned that getting a job might help take some of the pressure off of him.   I also increased my prayers.  It became a full on conversation with Our Lord every minute of every day.

You see I wanted to save my marriage.  I made a promise before God to stay with this man and I was not breaking any promises.  I would lay next to him after he fell asleep and pray, "Please Lord, bring him home."  I still felt very alone.  I knew we needed help, but not just any help.  I wanted someone who had the same beliefs about marriage and God that we did.  I scoured the Internet looking for help.  It was important that whomever we found was a Christian, and that they were somehow involved in Law Enforcement.  It took me months to find the right one.

In the interim we were doing our best, but the Lord put on my heart that there was still something not right.  On a Sunday outing, we passed the exit to where the “destroyer” lived.  When we got home I checked the I-Pass and found all of the information I needed.  My husband was still seeing her.  When I confronted him with the proof he lied and said the I-Pass was wrong.  I wouldn’t rest until it was all out in the open.  Finally two days later he confessed….everything.  Things I could not even imagine.  She wasn’t the only one, there were also several one-night stands.

I finally found the other woman's number.  A friend of mine called it and gave her a piece of her mind.  The woman told my friend there were others, that she wasn’t the only one my husband had been with, then proceeded to call the police and file a report on me for harassment.  I never even had a conversation with her.

This was now time to get serious.  We found a couple who went through the same thing we did and who were trained to deal with infidelity.  They taught us that a marriage can’t be healed as long as one is still involved with another person, nor can it be healed if Christ isn’t the center of it.

For us, those truths were the beginning of the healing process.   From that point on, we would take necessary steps to restore our marriage.

Join me next week as my friend reveals more of their journey.  You don't want miss this because it demonstrates how even the most hopeless situations can find healing.