Does Christianity and Cop Go Together? 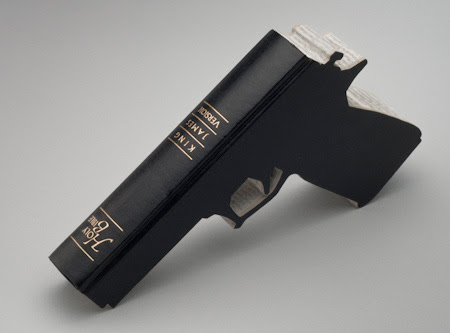 I just read an article about a cop in Indiana being sued for sharing the gospel with a lady he had pulled over minutes before.  Click link for more details.

The article reports that the officer had the audacity to give her a gospel tract.  I can only imagine that he did it with a half smile on his face as well.  How dare this man in uniform display a form of spiritual compassion, and while on duty!  Of course, I say that with tongue in cheek.

In all actuality, I want to applaud this officer.  Though it may not have been the best time or place to whip out the New Testament, in this day and age, to go against the grain; to kick political correctness to the curb; to stand up for what you believe in, is not only noteworthy, it's God-worthy.

So I ask you...does Christianity and cop go together?  The answer: in God's book, absolutely!

In today's climate, however, it is not always easy to live out your faith.  As we are seeing throughout the headlines, Christians are facing increased persecution and silencing, yet, we are still called to stand firm and be that city on a hill, and what better place than on the front lines of heartache and crisis.  I don't know about you, but I would personally want a cop at my side who not only had weapon in hand, but the spiritual armor and authority given to Him by the God of the universe, to boot.

Now granted, in the story above, this woman was not experiencing a deep loss or a devastating situation, however her need for a Savior was just as real, and the officer recognized that.

One could argue, of course, that religion should not mix with duties of the job, but I beg to differ.  Show me an employee who truly loves the Lord and is not afraid to share his or her beliefs, and I will show you a man or woman who more-than-likely works with concern, integrity, trustworthiness, hard work and determination.

Think about what a vital commodity Christian cops become during the unfortunate times a department or agency loses an officer in the line of duty, or when tragedy strikes a family member?  Who better to minister to those needs than an officer or officers with a strong faith?  They understand.  They can relate to the situation at hand, yet have an inner peace and strength that only comes from a relationship with Christ.

Of course there will always be haters; those who don't believe and don't appreciate the "Christian cop."  Many will even turn against their own. Life can be a lonely highway for a believer without good Christian support.  Yet, God said that He would never leave us nor forsake us. So are we truly ever alone fighting those battles?  No.  Who knows what imprint you are actually leaving?

I once heard a testimony of an officer who continually witnessed to and prayed for those he had to arrest and bring in to custody.  Of course, more often than naught, he was cussed out, spit on, and berated for his seemingly weak habit of leaning on Jesus.  However, there were several instances when a person in the backseat, broken and useless by worldly standards, found godly peace and healing through the care and compassion shown to him or her through this officer's own walk with the Lord.

So I guess it boils down to this question: Will you stand for your faith and find ways to share the hope you have when given the opportunity; or will you cower to pressures from the PCP (politically correct posse)?

Though it may cost you something, I want to challenge you to take a stand and be bold for the faith.  God assures us that the reward will be much greater in the end than the discomfort it temporarily causes.