American Sniper from a Police Wife's Perspective - the Good, the Bad and the Critics

They say war is hell.  I believe that.

Though I've never served in the military, I have a long line of family members who have, one of which - an uncle, who paid the ultimate price sacrificing his life for our country.  I'm proud of that fact.

Yesterday, I had the privilege to see the movie, American Sniper.  I call it a privilege because although I did not agree with everything in the movie - i.e. the constant barrage of foul language, the sexually suggestive moments that were really not needed to make the story line, etc., I was thankful for men like Chris Kyle who have undertaken war on their own psyche and person to ensure my freedom, and those of generations past, present and future.  Thankful for the countless lives that were saved in the midst of such evil and destruction because of the willingness and sacrifice on the part of so many.

My thoughts reflected back to Chris's wife, Taya; her relinquishment as the man she loved was never really there.  Whether he was on the battlefield in his physical self, or within his innermost thoughts, this warrior was a phantom in what was supposed to be a party of two.  I can relate, as can all military and first responder wives.

I guess my curiosity arises when the critics come out.  Folks like Michael Moore and Seth Rogen who have spewed their derogatory, hate-filled comments about this man, as well as a number of misguided, unappreciative, unpatriotic minions who wouldn't know true sacrifice if it bit them on the backside.

These people are the same ones who clamor and bawk at our law enforcement...Christians...anyone who stands up for truth, freedom, honor, etc.  Like spoiled children they rant and rave about the injustice of it all -  those barbaric soldiers....gun-happy police officers....crazy Bible thumpers, but what it all boils down to is ignorance and denial.  They are sheep who unfortunately believe they can outsmart the wolf without a gun in their hand or the Lord guiding their steps.  Ludicrous.

It's inevitable in this fallen world we live in, and thankfully, God has raised up men and women all throughout history to combat the evil.

It's not easy.  Never easy.  There's a cost to freedom.  A price must be paid to win a war and bring order, yet that's not always the popular view.

Until the Lord returns, men will argue as to the best way to deal with vermin in other lands or those within our own boundaries who try and snuff out any semblance of hope and prosperity.

Some will argue that it is better to sing them a song and hold hands around a campfire, while others simply agree to turn a blind eye.  Still there are the ones who scheme ways to make a dollar on every misfortune, even if it is to our own country's detriment.  They would sell freedom out in a heartbeat if it would make their wallets fat for even a sedentary moment.

Yet, there are the few.  Those surefooted soldiers - men and women who choose to armor up and fight.  To be the barrier between good and evil.  The sheepdogs among the wolves, doing their best to guard the sheep even when many of them have gone their own way.   They are the true heroes...never giving a thought to the cost of their duty.

There is neither fanfare or glitz in their daily lives, and little recognize the great cost that these soldiers pay, as do their families at home.  But yet, they are a vital part of our society.  Without them, chaos and corruption would consume the whole of man and darkness take its victory lap.

So, in reflection of Chris Kyle and all the many soldiers and law enforcement who have risked it all to hold the line.  Thank you!  I pray that you are never forgotten and that your sacrifice does not go in vain.

For those at home married to the phantom fighter, you are appreciated more than you know.  Your soldier or officer could not complete the task without the confidence and love from behind.  Stay the course.

For those who simply want to complain against and destroy the necessity of these warriors, I pray that you will never have to face the enemies these men and women go eye to eye with on your behalf.

To all those who support the United States and all those who believe in her still...stand up and be counted.  We need you more than ever.

May we realize the gift we have been given, and thus do all we can to support and protect it.

The Armor of God

10 Finally, be strong in the Lord and in his mighty power. 11 Put on the full armor of God, so that you can take your stand against the devil’s schemes. 12 For our struggle is not against flesh and blood, but against the rulers, against the authorities, against the powers of this dark world and against the spiritual forces of evil in the heavenly realms. 13 Therefore put on the full armor of God, so that when the day of evil comes, you may be able to stand your ground, and after you have done everything, to stand. 14 Stand firm then, with the belt of truth buckled around your waist, with the breastplate of righteousness in place, 15 and with your feet fitted with the readiness that comes from the gospel of peace. 16 In addition to all this, take up the shield of faith, with which you can extinguish all the flaming arrows of the evil one. 17 Take the helmet of salvation and the sword of the Spirit, which is the word of God.
18 And pray in the Spirit on all occasions with all kinds of prayers and requests. With this in mind, be alert and always keep on praying for all the Lord’s people. 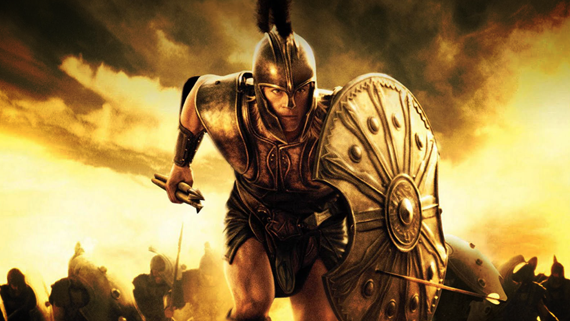