He's Alive! We are Blessed! 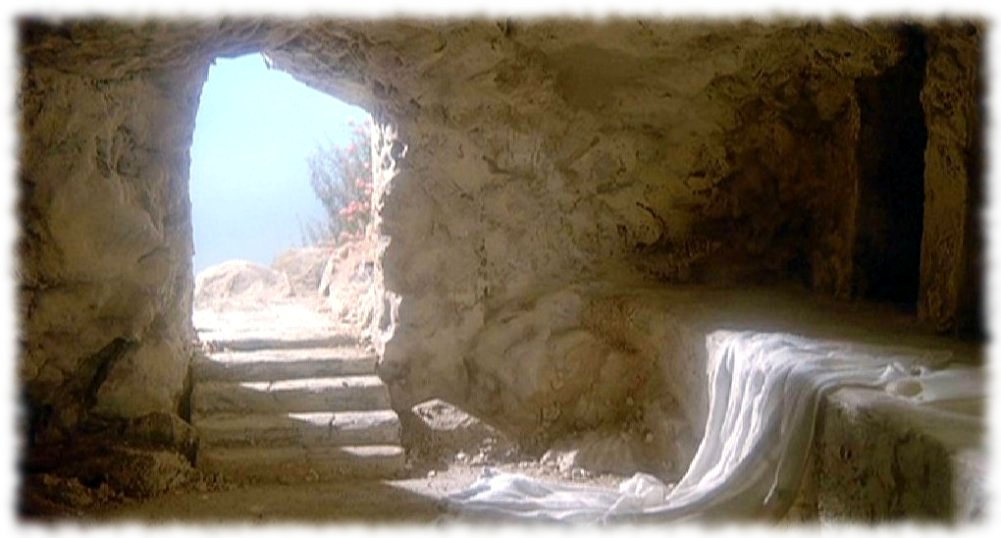 Happy Easter!! Isn't it awesome to know He is risen?! Death could not hold Him in the grave, and for that we rejoice!

As you know, I've been leading an online group through the book of John.  I wanted to conclude this series, if you will, with the epitome of the story - the empty tomb!


Place yourself in the early morning hours of the first day of the week, at the tomb where your beloved Teacher has been lain.  Imagine with me you are one of the first ones to discover that the stone has been rolled away and that Jesus is not in the tomb.

What would your first thoughts be?

What emotions would you experience?

Mary Magdalene was the first on site soon followed by Peter and John. The scriptures tell us that it was Peter that went in first.

I can imagine that after denying the Lord on the night of His arrest, Peter was desperate for some consolation and hope in the midst of such sadness.

After both John and Peter had entered the tomb, they left and returned to their homes, yet Mary Magdalene remained.

The devastation she must have felt after all she had witnessed in the hours and days prior. Now this. His body was gone. I'm sure she felt as if she couldn't even mourn properly without someone to mourn for.

The Bible tells us that as she looked into the tomb she saw two angels in white sitting, one at the head and one at the foot of the place where Jesus had lain.

They asked, "Woman, why are you crying?" She replied, "They have taken my Lord away, and I don't know where they have put him."

At that moment a man appeared to her whom she thought was the gardener until he spoke her name..."Mary."

At this, she recognized Him by His voice.

Let me ask you today, do you recognize Jesus' voice in your own life? Do you have that kind of intimate relationship with Him where you are able to discern when He is speaking to you?

Can you imagine the joy she must have felt?! The excitement and the urgency to tell anyone who would listen?

Shouldn't we have that same urgency?

Mary ran to tell the disciples, and later that same evening as they all gathered together in a room behind locked doors, Jesus appeared to them and empowered them with the Holy Spirit. However, Thomas, one of the disciples was not there. Upon being told about the encounter, he said he would not believe it unless and until he could place his fingers in the holes in Jesus' hands and in the wound in His side. A week later, that very thing would happen.

Jesus said, "Blessed are those who have not seen and yet have believed."

Friends, we are blessed. Blessed not only because Jesus came to this earth and died in our place, but blessed because even though we were not physically there that day, we believe.

I pray that this day has had special meaning to you; that it wasn't just about bunnies and eggs, but that it was a day to remember the blessing of that empty tomb.

Happy Resurrection Day!  We are blessed indeed because He lives!