Why Does God Allow the Hard Stuff? 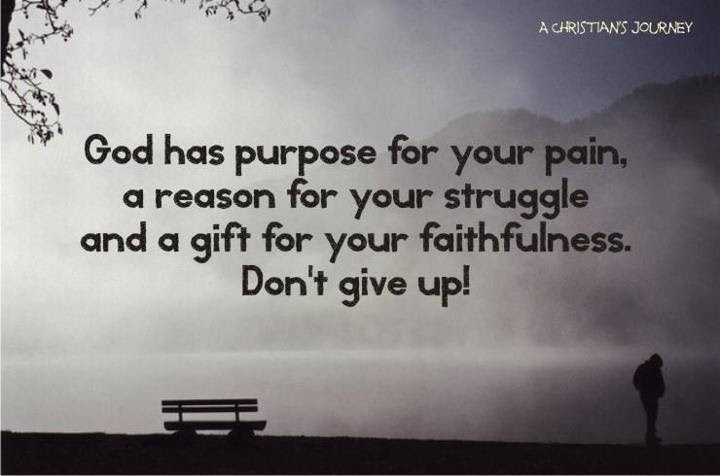 If you and I could sit on the sofa together and chat about all the things going on in our lives, chances are something would come up in our conversation about a tough situation or hardship you or I or someone we love is experiencing.

What about a friend who is in a hurtful relationship?

How about a son or daughter who doesn't know the Lord?

Quite possibly it would be about a job that you just feel "stuck" in, or a person you know who has terminal cancer.

So why is it that God allows the hard stuff?

Often I've been on my knees before the Lord pouring out my heart to Him and thinking, "You could do something about this.  You could alter the course if you just would."

Yet here's the answer I'm always given, "Be still, child.  Just rest in me."

What's that all about?  I mean, I want answers!  I want intervention!  I want change!

Times like this take me back to God's Word and stories like Joseph, who was given dreams of becoming a leader his family would bow down to, yet hardship and suffering would instead take its place.

If you remember back, Joseph's brothers ganged up on him and threw him in a pit, then sold him to a band of gypsies traveling to Egypt.

Things seemed to look up for Joseph, but then he was accused of accosting his master's wife - a totally fabricated story.

Joseph was put in prison and stayed there for 3 years, seemingly forgotten by the world and by God, but then....

Listen, friend, there are lessons to be learned in the hard things.

1.  If Joseph had only been shown love and adoration by his brothers, he may have grown conceited.

2.  If Joseph had not been sold into slavery, he might have never made the trip to Egypt.

3.  If Joseph had never been accused falsely, he might never have learned compassion.

4.  If Joseph had never spent 3 years in prison, he would have missed out on opportunities to minister to the cup bearer and the baker, thus ultimately missing out on an opportunity to come into Pharaoh's presence.

5.  If Joseph had never been exalted to a place of authority in Egypt, he would never have been able to help his family during the 7 year famine.

You see, friend, hardships have a purpose.  God knows what those purposes are and more often than not we haven't a clue.

No harm or trial can touch us except for God's allowance, and it is so that we may become a closer likeness to His Son, Jesus.

If He spared not His own, you and I can be sure that we will face trials, but trials which produce the most beautiful of all fruit.

Hang in there!  There is purpose in your pain!