10 Contributing Factors to an Affair 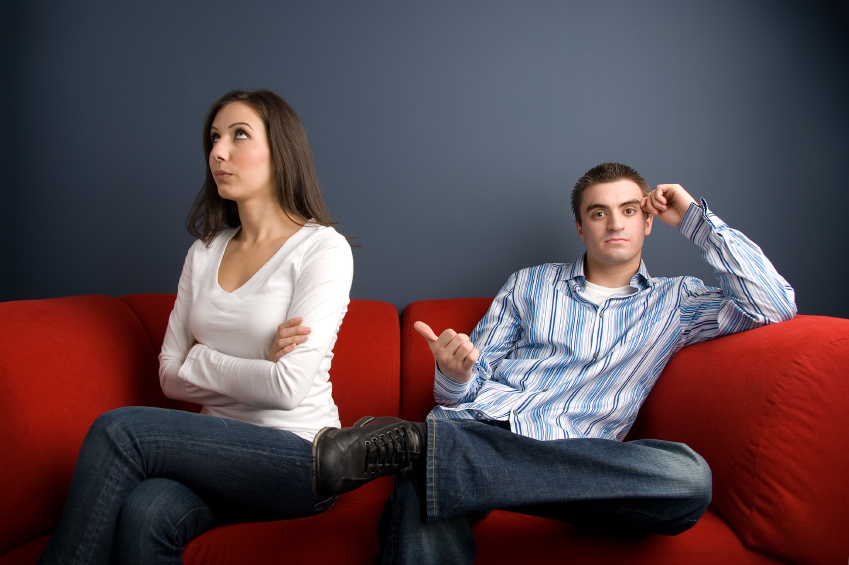 The longer I minister to couples - law enforcement or civilian, the more I see the process of how an affair takes shape in a marital relationship.  Just as one watching the sky during a spring storm season, there are signs early on that a big one is in the making.

Let's take a look at 10 contributing factors to an affair:

1. Ungrounded faith in individual hearts.  You knew it was coming, didn't you?  I'm a Christian speaker, so of course I'm going to start off with this one.  Without Christ fully magnified in the hearts of both the husband and the wife, the marriage is already on shaky ground.

Who do you turn to in times of trouble?

Where do you get your moral compass from if you do not have a relationship with Christ?

The world is going to mislead you and offer advice that is simply false and destructive psychologically, emotionally, and physically.  You and I MUST have a firm foundation, and that only comes through a DAILY personal relationship with Jesus.

2.  Feelings of Being Unloved and Unappreciated.  God laid out the principals to a healthy marriage in His Word.  He said, "Husbands...love your wives...and do not be harsh with them."  He also instructed "Wives, love your husbands....and respect them."  These are telling words to a marriage in decline.

What I see constantly is that husbands are getting so wrapped up in their jobs and in themselves that they are failing miserably in displaying the love that their wives are so desperately longing for. Often a husband's lack of attentiveness is not seen for what it is...stress, anxiety, burn-out, but rather is felt deeply as rejection and betrayal.  She needs love generously mixed in with frequent reminders of how important she is, how attractive she is, and how appreciated she is, not condemnation or silence.

Wives are so busy with the kids and the house and their job and their outside activities, that they are physically exhausted when it comes time to offering physical love to their husbands.  He receives this as rejection.  She sees it as another "to-do" on her list.  Wives are also used to making decisions on their own which affect the entire family daily.  When it comes time to submit to her husband's authority, she often has trouble handing over control.  He sees this as disrespect, she sees it as a challenge to her capability as wife, mom and keeper of the home.

After marriage, we just "assume" that our spouse will be there and will greet us with a smile.  Marriage takes work!  It takes effort, time, energy and yes, sometimes even money to demonstrate to your spouse how much you appreciate them and love them.

3.  Personal Crisis.  When a husband or wife goes through a personal crisis such as loss of a child, loss of a parent, mid-life, loss of a lucrative job, etc., if they are not grounded in God and finding peace and identity in Him, then they will often seek approval and support outside of their marriage.  The feeling is that somehow, another person is opening a whole new window of opportunity or comfort to them.  It is critical, that if you have experienced loss in some form or fashion, that you turn to your spouse and to God for comfort, and not away from them.  Sharing your hurts with another only opens the door to infidelity.  Keep that door tightly latched!

4.  An Avid Conflict Avoider.  What do I mean by that?  There are those within marital relationships that for whatever reason will avoid conflict within the relationship at all costs.  Whether it stem from a volatile upbringing, or whether or not they feel insecure with themselves or unsafe with the other person, the avid conflict avoider will go to great links to keep peace within the marriage and not rock the boat.  Bad choice.  In every marriage, there will be situations arise that must be dealt with.  Avoiding them will only exacerbate the situation.  Stand up.  Armor up (God's armor - wisdom, righteousness, faith, sword of the spirit or God's Word, prayer, etc.) and face your difficulties head on in love and humility, and sometimes even with professional counseling.  That's the only way conflicts can be resolved.

5.  "Do-over" Syndrome.  I call it that, because there are those who constantly feel that if something fails or isn't working properly, they need a do-over.  We are such a disposable society.  If the toaster breaks, throw it out and get a new one.  If the car is on the blitz, trade it in for a different model.  Our marriages were built to last.  The do-over we should come to embrace is the humble act of saying, "I'm sorry.  Please forgive me."  That ultimately will strengthen your marriage and give it the umph it needs to last a lifetime.

6.  Outside Naysayers.  They're everywhere.  Those "friends" who have been there and done that.  They will be the first to encourage you to throw in the towel and move on.  Let me just ask you....are those folks truly living the life?  Are they at peace with their choices and have a blissful existence, or do they display any outward consequences to a broken relationship, i.e. children being tossed from one parent to another, legal battles, frustrations with their ex, etc.?  I would venture to say that if you really looked at them, they are miserable human beings on the inside, though they may not recognize the "why?" of it all.  Flee from them.  Negativity and misery loves company.  They will only drag you down and delight in your unhappiness.  That's what they do.

7.  Pattern Makers.  Many who grow restless in their marriages come from disengaged homes.  Not all, but a lot of them.  Somehow the enemy has created this great trick...he starts with one, then allows it to duplicate itself.  A person who has come from a broken home and has been influenced by those who embrace the notion that marriage is disposable, are more prone to patterning their lives around that philosophy.  Break the cycle.  Throw away the pattern and embrace a new creation.  Marriage is a holy commitment between God and two individuals.  We need to hold it in high esteem for future generations.

8.  Secrets with the enemy.  It is human nature to find comfort from others when we've been wounded or hurt.  However, the problem arises when we begin to share secrets or personal private information with someone other than our spouse.  Though a person of the opposite sex may seem to us as just a "good friend" who listens, beware.  Your spouse is the only one you should be sharing your frustrations, hurts and excitements with when it comes to your marriage.  It's called C O M M U N I C A T I O N.

9.  Feelings of Being Too-Far Gone.  It's never too late to change.  There isn't a marriage that can't be saved with the help of the Lord.  The enemy wants you to think that it's too-far gone - unrepairable.  That's a lie.  Don't listen to that nonsense.  If both of you will stop the negative behavior that you are in, will own up to what each of you have done to hurt the other, and truly want and desire to receive healing, then it can and will be accomplished.  BUT...it takes two willing souls and a big God.

10.  Desire for an Escape Route.  You can't run from your problems.  Whether you leave this marriage or stay, your problems will not elude you for long.  That's why you need to face them head on and find a solution within the boundaries of marriage.  There is no true escape route, other than one with God and your spouse.  Commit to staying and standing for your marriage.  Give it all you have to give with the Lord's help and see how things begin to change.  I've seen miracles take place, and I assure you, that's the most rewarding thing of all.


How will you safeguard your marriage today?  What steps will you take in order to shore up the walls of your relationship?  It's not easy.  Sometimes it's an uphill climb, but in the end it's worth it!