Hope Within the Grey 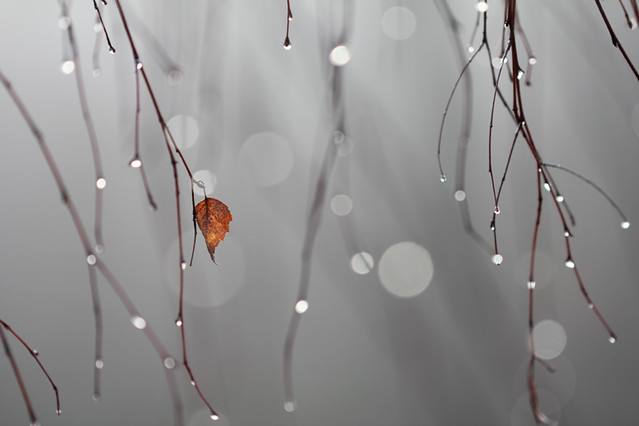 I'm sitting here in my office listening to the sound of the rain falling on the metal roof.  It's been falling for awhile now.  Somehow my mind likens it to the tears which must fall from God's face as He observes the chaos and the turmoil surrounding the people He gave His Son for.

Since the beginning of September, our blue-line family has lost four officers all by gunfire.  That means there are four families now left without a dad...a husband...a son...a provider; four departments - big and small, grieving and trying to pick up the pieces of a fallen comrade.

There are survivors.  Those who were there and for whatever reason spared.  The guilt weighs heavily on their minds.  "Why him?  Why not me?"  There are no answers other than to say that God has given them another chance...another opportunity to put Him first and to make a difference in the world in which they serve.  They must go on.  They must...

The rain is slowly stopping now, except for a faint drizzle.  The clouds swirl with anticipation of what is coming.  The appearance is grey.  If it weren't for the green of the grass and the still flowering bushes, I'd believe we'd entered a season of death.

It makes me remember back thirteen years ago to a time when the only color showing in such an ash-colored world were the faint hint of red stripes peeking through the soot and debris.  Our flag.  Hope.

How is it that we've come so far, yet fallen so fast?  Why does it seem that there is more heartache than good?  That somehow humanity has lost her sense of compassion and purpose?

Where is that driving spirit that put men on the moon and connected the west to the east through a series of steel tracks?

Why is it that many have forgotten how to learn, how to dream, how to play and how to respect others?

Why does society feel as if families should redefine themselves, and why has commitment become a dirty word?

The wind is blowing now.  Gentle, yet strong enough to make its presence known.  I go outside and it blows my hair.  It touches my face with a moist kiss of rain...a call to reality.

Though I may feel abandon and alone and the storms may come and completely block out the sun.  Though the heaviness of my surroundings may feel grey and uninviting, one thing remains...God's love.

He is there.  He is not surprised or taken aback by all the carnage and evil deeds.  He doesn't cower in the corner or worry about the outcome.  His presence is strong and brilliant in the darkest of times.

He is above it all and in total control.  He is our hope - our promise for a new day...a new beginning.  He is all I need.

I re-enter my office.  There's much work to be done.  It's only a passing storm and I have been refreshed by the Truth beyond the visible.