What Would Happen if Revival Broke Out in Law Enforcement?

Have you ever thought about it?  I mean, what if there was this massive movement within the blue line?

Instead of low moral, there would be a renewed sense of hope.

In place of frustrations and fears, there would be purpose and courage.

What if in the FOP lodges, bartenders were no longer needed?  Instead, off-duty officers would congregate there to pray for one another and share an encouraging word from THE Word.

What if each patrol car radio was tuned into a Christian station?

What would happen if officers would take on a sense of urgency to share the gospel with a hurting and dying world? 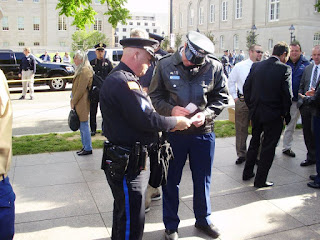 Instead of broken marriages, there would be healing and wholeness within their families.

What if those individuals in law enforcement leadership positions would lead with strength in the Lord and a compassionate heart?

What would happen if corrections officers brought God's light into those dark jail cells instead of their own human baggage?

What if there were fewer names being engraved on that wall in DC?

What would happen if folks would stop and notice something different...something peculiar and intriguing about those who work the streets? How different would things be if instead of curse words, there would be a changed heart and attitude?

How much more would young people be drawn to the profession if leaders from the White House to the courthouse led honestly and with integrity; officers lived differently behind that oath they took; and society as a whole began to respect and appreciate this God-ordained profession?

Can you just imagine what would happen if revival broke out in law enforcement?  Wouldn't that be crazy?  You know...it could happen.  God is the God of impossibilities.

If every cop who is a Christian would stand up and be different...

If every citizen who is a Christian would kneel down and pray...

If every spouse who is a Christian would love as God loves...

If every church member who is a Christian would go outside their church walls and share their faith...

Can you just imagine?  The blue line could become a blue tidal wave of change....for the better. Maybe today we can start that chain of events with a simple heart change.  Maybe it begins with me. 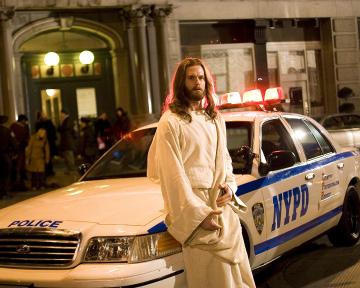