A Writer, A Whim and a Dream Answered 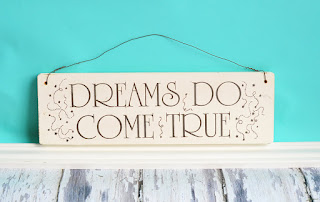 Have you ever had a dream for your life...a bucket list item, per se?


Perhaps you have dreamt about flying over the ocean, or being the head of a large corporation.  Maybe you've fantasized about owning a large home on a dozen acres, or simply being a stay-at-home mom surrounded by the little loves in your life.

Whatever your dream or bucket list item is, I'm sure you have thought long and hard about it.  Hopefully you have spent time in prayer over it.

You may have drawn out plans or made lists, or even pinned goals to your wall or mirror at home just so you can continually have them in sight.

Like many of you, I have had dreams for my life.  I don't really know how I landed on certain ones other than God placed the desires in my heart.  But one of the biggest dreams of mine came true last week and I want to share.

I never liked to write much when I was younger, however, God has a way of changing our desires and "want to's".


Fast forward to 1989.  I was married and working a summer job for a vault company.  You know, the concrete vaults which encase a casket.  Note, this same company also did cremations in the back of the building, which is a whole other story, I assure you.  The hours there were long and boring, so it gave me time to put some of my thoughts to paper.  I was not a writer, but I did like to tell stories, and so the love of forming those writings began.

During the same time, I submitted writings to a magazine within our Southern Baptist publishing arm - LifeWay, but because I was not yet well-versed, coupled with inexperience and a lack of God's timing, I was turned down.

In 1999, on a Sunday morning, during the invitation time at the end of a service, my feet hit the floor and I felt a strong persuasion pushing me all the way down to where the preacher stood.  "Hello, I'm not sure why I'm here, but God is calling me into something big!" I knew He was going to do a work in my life that would have impact, but at the time, I had no idea what that would be.


Fast forward to 2008.  I attended a Christian Writer's Conference.  There I met with and pitched an idea for a book to a LifeWay representative.  Turned down.

Around 2014, I contacted LifeWay about selling one of my Bible studies in their store.  Turned down.

Door after door after door, time after time besides the ones I've listed, God shut the door.  If I heard "no" one time, I heard it a dozen.  Yet, I felt as if the Lord was calling me to write for LifeWay and be a voice for Him through written word and teaching.  I just could not understand how or when that would happen.

To say there were times I wanted to give up would be an understatement.  I've cried buckets of tears over the years.  I have questioned and quizzed God endlessly about His will for my life. I could have given up.  I could have chalked up the dreams, visions, and promises of God as bad pizza or just a pipe dream, but somehow I knew that God was trustworthy....that He would not plant within me a dream of something without seeing it through, especially one so completely opposite of my personality or potential.

Last week, I was off work on Martin Luther King day.  Sitting at my kitchen table, a thought struck me..."Why not contact the Editor of LifeWay's Open Window devotional and simply ask for the writer's guidelines.  I guess the Lord has made me hard headed enough that I can't let things go.

I typed up a letter and dropped it off at the post office.  Wednesday morning, I received an email from the Editor!  I nearly fell out of my chair.  He wanted to know more about my church, then forwarded me a template to submit a writing sample.

Was God finally answering a prayer years in the making?

Should I get my hopes up once again just to be shot down?

For four long hours I wrote and re-wrote my devotion sample.  The enemy tried hard to persuade me to give up.  "This sounds stupid.  Why did you pick that verse?  He's not going to like it!  You're a failure."

The lies continually ran through my head, but God's words...."For I know the plans I have for you..." echoed all the louder.

I submitted it Thursday morning.  It have to admit, it was hard to push that "send" button.  I choked up a little inside wondering if my hopes would be dashed to pieces.

Then, in a short amount of time, I received an email which answered all those years of "why?".  An acceptance letter asking for 10 devotions for the Spring 2018 edition of Open Windows melodically flowed across my computer screen.

I stared in disbelief.  Could it be?  Was this really happening?  Were my dreams of writing for LifeWay coming full circle?

Well, friends, it looks as if this old girl's dreams of writing for LifeWay have indeed been answered!!  The wait is over.  What He planted in my heart years ago is coming full circle.

So, the point in this long, sordid tale is this....

Never give up!  Never, ever allow the enemy to rob you of what God has promised.  It may not come in a day or a week or in 27+ years, but if God has promised, know that He will bring it to fruition in His time and in His way.