UPDATE:  I have no problem admitting when something I've written is wrong.  I just found out that there has been a turn of events in this case.

He said that video has shown the vehicle to be moving forward instead of backing up as previously reported.

This is a game changer.  Though I still believe the media is responsible for a large amount of the rhetoric we see playing out across this nation, I also believe in accountability for ALL, whether citizens or police officers taking inappropriate action.

If this investigation proves to be fault on the "blue" side, then sadly, this officer or officers need to be held accountable for taking this young man's life.

So, at this point, we wait.  We wait for all the facts to come to light and we wait for justice to be served.

I would encourage all to be in prayer.  We are a nation divided, and as we've all heard the old saying..."a house divided can't stand".

Going back to my positive posts. Lol 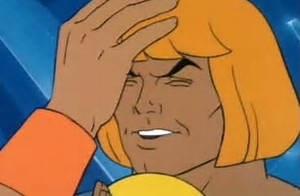 As I was scrolling (quickly) through news articles today....most of them I pay 0 to little attention to since most media sites out there nowadays are slighted, biased and agenda pushing (just my opinion),
I did stop when I ran across one with the headline that read,

15-year-old Jordan Edwards was trying to leave a house party. Then police killed him.

Okay, since I'm feeling up to the challenge today, let's just go there.  I'm breaking away from my positive posts just this once to go ahead and throw my two cents in.

If you read the article, this young man - a picture of an impish school boy in a nice polo shirt, was at a party with friends, that he shouldn't have been at.  WHERE were his parents?  Just curious.

Neighbor testimony describes a chaotic scene of "unsupervised, drunk teens (were) fighting before gunshots were fired".

Someone called the police.  Whether it was the neighbors or someone at the residence where the party was being held, someone made that call.  Okay, so enter said Po Po's.

The article says the kids in the car, including Jordan Edwards, began leaving the party...backing up towards responding officers.   Now the article does not articulate whether or not the police were standing outside of their patrol cars at this moment or if they were still in their cars, but from logistics viewpoint, if one fires a gun towards the car that is backing up towards them, I am stepping out on a limb here and assuming that at least this officer is outside his car.

Now, let's proceed with the scenario at hand, but let's leave out the whole "black lives matter" jargon.

Here is a car load of kids, leaving a party where there has been reported drunken behavior, fighting and gunshots.  Neighbors are concerned.  The police are called and now said carload of kids is backing towards the officer(s) without stopping.  There is nothing in the article to say that this carload of teenagers stopped at any point, by any command.

If this were me, I don't care if the carload of teenagers were pink, blue or Mongolian.  They were posing a bodily threat to the officers who were CALLED, and thus, from one observation's point of view (me), would call for a stronger use of force to stop said vehicle in order to save my life, the lives of the other officers, and possibly anyone else who may get in their way on down the road.

And for the record, how would an officer or officers who were called to a scene of a drunken, out-of-control party, know at this point, whether or not these sweet children had weapons or not?  And, do we really know the whole story anyhow?  Or is this once again a spin by the media to paint police officers in a dark way, and thus promote this growing hatred between authority and those who do wrong?

Okay, okay.  I'm off my soap box, but we have got to stop this rhetoric.  Did you know that we have already lost 42 officers this year?  14 of those were by gunfire.

Because of careless headlines like this one, mixed with uninformed individuals, all of our men and women in blue who are CALLED to protect us, are put into harm's way every...single...day.

As for me, I will try and resume my positive posts and quit reading the headlines, but I pray that people will wake up and realize that these instances are NOT about race, color, ethnicity, class, etc.

These are about right and wrong, poor choices and those who are trying their darnedest to keep peace within this crazy country of ours.

That is all.
Kristi