Who's Protecting the Children? 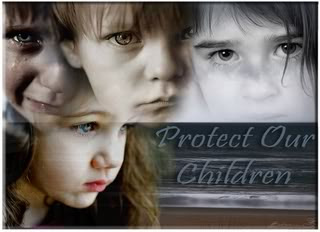 Speak up for those who cannot speak for themselves, for the rights of all who are destitute.
Proverbs 31:8

I hate to sound like a Debbie downer, but it seems as if at least once or twice a week (or more), I read some news article about a child being molested, abused, murdered, or missing, and it makes me want to throw up my hands and say, "What's going on?!"

We are not living in the dark ages, here, or perhaps we are.  Yet, what I feel as if God is impressing on me is that our children are being trampled on, and we as a whole, are not even batting an eye.


Earlier in the week, I read an article that if true, described an eye witness testimony of the Hollywood pedophile scene, whereas a young boy was drugged then passed around as a sex toy amongst some of the elites and Who's Who.  The young star who witnessed this account, said that he had heard the boy eventually died from the abuse.  My heart sank as I thought of my own innocent grandsons and I had to ask myself:

Today, I ran across an interview between Abby Johnson, former employee of Planned Parenthood, describing the quota each PP must meet per week.  A quota of baby killing.  She states in the interview that her facility alone was capable of handling 75 abortions per day, 6 days a week.  Do the math.  That adds up to 450 dead babies per week, 23,400 per year at just this one facility.  Staggering.


Who's protecting the children?


Then, there's this picture plastered across Facebook which showed a mother (and father ?) injecting herself with heroine while her small son looked on.  This is not only tragic, but criminal.  Yet, all too often, the children are the ones who are left to suffer after mom or dad succumb to their own demons.  So again I say... 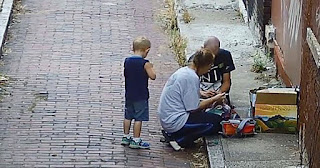 Or what about the children stolen from their families and forced to join up as child soldiers, and often made to kill in cold blood?  Do these adults not recognize the damage done in their own lives, that they now need to violate others?  Is there nothing sacred anymore? 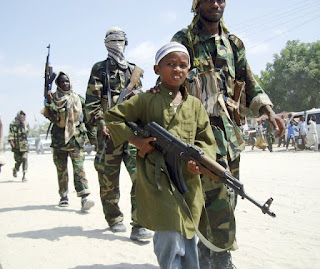 It is heartbreaking to think of how far downward we've spiraled.  Children are tossed around and neglected, as those who should be their protectors, barely give them a second thought. What happened to parents "raising their children in the admonition of the Lord" or how "Children are a heritage from the Lord"?.  Whatever happen to just having "the Lord"?

Frankly, ever since Roe vs. Wade, children in this nation have become disposable and replaceable.  Now I'm not saying that all parents view their little ones like this.  There are some upstanding, wonderful parents out there, but sadly in many instances, there are parents who no longer recognize the value in these little lives nor care to fight for them.   They are just a by-product of an adult act.

I don't know what the solution is, other than people just need to encounter Jesus.  It may sound cliche, and that's okay by me.  All I know is that in a country that has been so blessed for so long, I believe God is now preparing judgment as we sit idly by and say nothing...do nothing...stop at nothing.