Is All the Devastation God's Punishment? 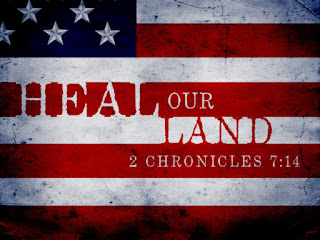 I've been keeping up with the news, literally shaking my head at all the devastation going on in our nation right now - hurricanes, ravaging fires, earthquakes, etc.

Is God allowing these things as judgment? Many Christians scoff at that idea. Others silently contemplate it.

What does the Bible say? Does it give us any insight into things that are happeing? Or, are these things just a fluke...just happenstance?

First, let's take a look at "sins" that have been plaguing our country for a number of years:

1. Abortion - Based on available state-level data, an estimated 908,000 U.S. abortions took place in 2015. I couldn't find statistics for 2017, but the numbers are staggering nonetheless.

3. Divorce - 50% percent of first marriages, 67% of second and 74% of third marriages end in divorce, according to Jennifer Baker of the Forest Institute of Professional Psychology in Springfield, Missouri.

4. Couples living together without marriage - According to Pew Research Center, there are currently more than 8 million couples currently cohabiting without being married.

6. Homosexual lifestyle - "Approximately one in 100 American women and two in 100 American men identify as homosexual, with another four percent of Americans identifying as bisexual."

I could go on. These are just some of the things that popped into my mind.

But what does God's Word say about ignoring His laws? Each one of these are things He has said are wrong. Why? Because it is sin and sin is not His best for us. Sin separates us from a holy God, not to mention the here and now consequences of abandoning good and moral law.

"Because I have called and you refused to listen, have stretched out my hand and no one has heeded, because you have ignored all my counsel and would have none of my reproof, I also will laugh at your calamity; I will mock when terror strikes you, when terror strikes you like a storm and your calamity comes like a whirlwind, when distress and anguish come upon you. Then they will call upon me, but I will not answer; they will seek me diligently but will not find me. ... "

There is also a scripture that says...

Do not be deceived: God cannot be mocked. A man reaps what he sows. Galatians 6:7

So, is all this devastation some type of judgment? I cannot speak for God on that, but what I can say confidently from His Word, is that we as a nation and personally can sin for a time, but eventually it will catch up with us. If God didn't spare His own precious people from destruction throughout history, why on earth would He choose to allow us to continue on in our sinful ways without some type of retribution? Does a good and loving parent allow their children to continue on in bad behavior?

Even so,  I humbly pray and encourage you to pray as well, "God hear our pleas, and heal our land."