Recap of our AMAZING D.C. Trip to Police Week

What an amazing weekend!!

Rick and I left out last Thursday for National Police Week in Washington DC.  We absolutely hit the ground running, but not before we made sure we were prayed up and battle ready.

One of my most intense prayers, was that God would give us divine appointments and a holy boldness as we would be encountering hundreds of individuals who are hurting and searching.

Thursday evening we met up with some friends and had dinner, then enjoyed some great conversation back at the ever-beautiful Cedars. 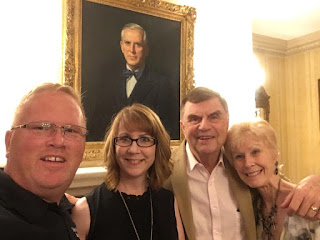 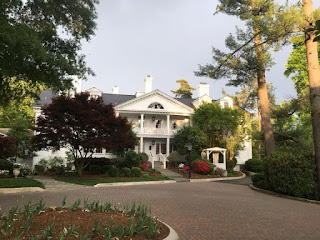 Friday morning, we got up bright and early and headed to Ebenezer's coffee shop for an early morning brew.  Then we made our way to the White House!!!  It was so good to be back for a tour.  I had the privilege many years ago, but oh how things have changed.  Still as beautiful and majestic, however. 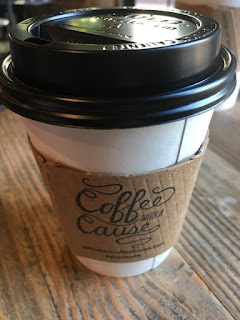 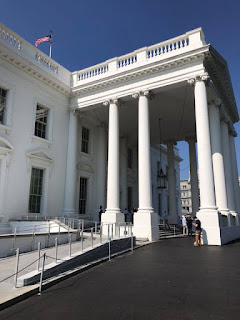 Friday afternoon, we spent time touring the Bible Museum, which I would highly recommend!!  It was great!  So much to see and take in. 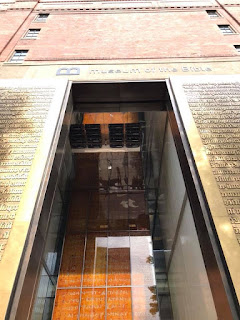 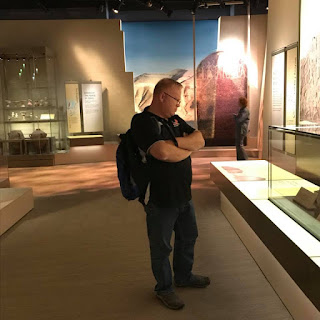 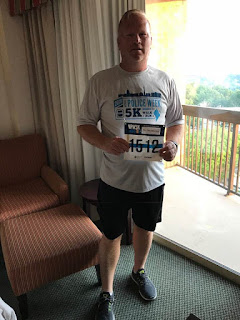 By this time, most of our team was in D.C., so we met up and had lunch, then went back to the Bible Museum for more touring.  This is where I had my first God moment and answer to prayer!

I was sitting at the bottom of the stairs waiting for Rick to join us from his run.  I was silently praying that God would send me someone I could talk about Jesus to.  It wasn't no more a thought in my brain, then a young man came and sat down beside me.

I gathered up my courage, said a quick prayer, and asked him how he liked the museum and if he was a Christ follower.  This led into a whole 30 minute or more discussion about God, the Bible, why things don't make sense, reincarnation, and so much more.

God guided my thoughts and words and the seeds were definitely planted in this young man's heart.  By the time we were finished talking, he thanked me and his girlfriend, who joined us mid-conversation, gave me a hug.  Please join me in prayer for Lee and Jessica.

Saturday evening at the memorial wall, I was able to pray with an officer who had lost his partner.  He was hunched over and crying, surrounded by friends, and God nudged me to pray with him.  He was so grateful, that when I had finished, he turned around and bear hugged one of my team members who just happened upon us.  It was another God moment for sure! 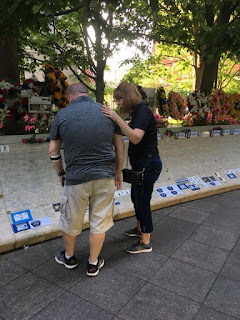 Sunday came and our team headed to the survivor's hotel (those who have lost an officer in the line of duty).  We had opportunity to shuttle them back and forth to the memorial wall, pray with them, and just offer some encouragement.  Rick made some fast friends with a couple of precious little ones who had lost their daddy, and was also asked to pray at the California survivors luncheon. 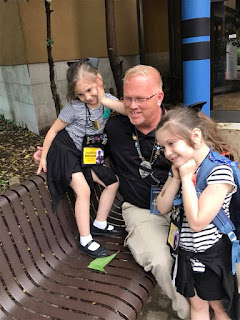 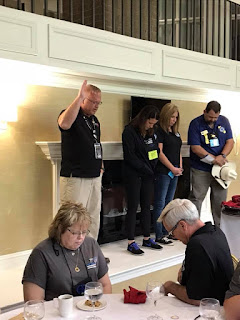 At the wall, I prayed with a newly grieving widow (and her 3 children), and Rick and I talked and prayed with a mom, dad, and brother of a fallen officer.  Both families had some very deep wounds, but God showed up. 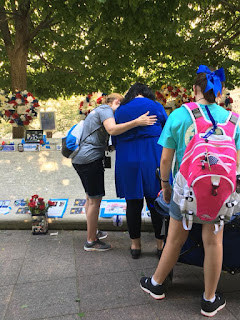 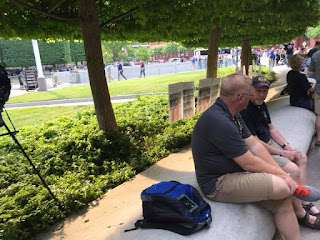 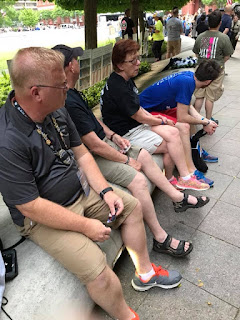 Later that evening as we were ready to leave, I saw a man sitting by himself crying.  I motioned for Rick and one of our other team members to go sit with him, and it was again a divine appointment!  God is so good!! 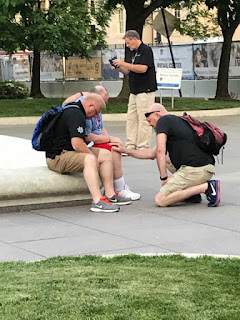 Sunday evening was the Candlelight Vigil.  Our team helped out again by handing out roses to the survivors.  It is always a very moving service. 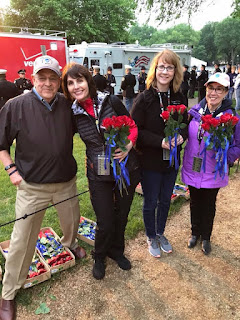 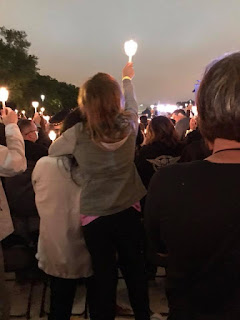 Monday our team went to Alexandria Police Department and cooked lunch.  This was our second year in a row, and I think they like us!  Lol. 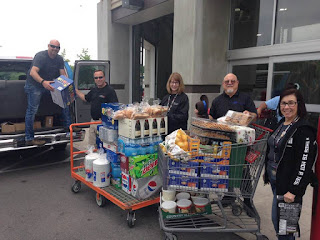 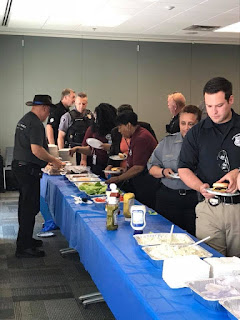 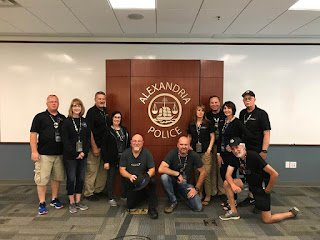 Tuesday was the ceremony at the Capitol and then on for us to catch our plane, which got grounded by the thunderstorms. 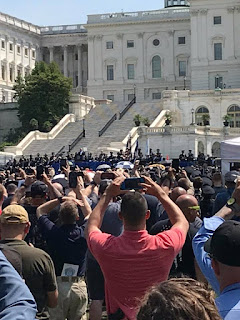 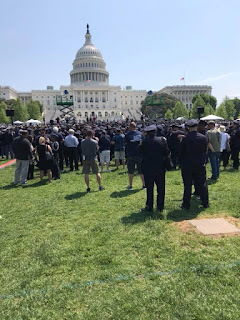 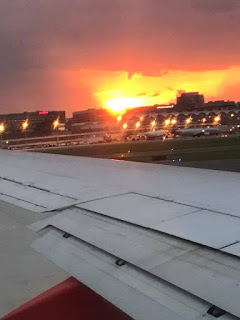 We were stuck in the airport with no where to turn.  No hotels had vacancies, but check out this post I made on Facebook regarding God's loving care:

Tuesday night, our flight got cancelled after we had sat on the tarmac for a couple of hours or so. We were told that we couldn't get a flight until the next morning at 6:00 AM. All the hotels were full partially because of the thousands of cops/families in for Police Week, but also because of all the flight cancellations. On a whim, I told Rick to call our hotel that we had checked out early from. We had already paid for that night, but left early because our plans had changed. When he called to explain the situation, the guy at the desk told Rick that he had never checked us out because he knew we would be coming back due to weather (how would he know this?)!! Our room which we had already paid for and had stayed in all week was still available and ours!! THIS my friend is the Lord's doings.


Sooo, a BIG shout out to Michael at Holiday Inn of Rossalyn, VA. You, sir, were a HUGE blessing to us!! And an even BIGGER praise to God whom always meets our needs!

God is so good and we are so blessed.  Tired, but blessed.