Where are Your Roots? Where is Your Joy? 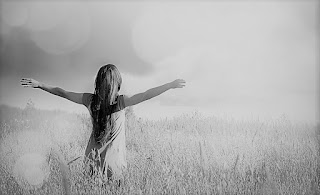 In my prayer time this morning, I was thinking about how privileged we are as a nation--a church practically on every street corner, Bibles and commentaries a plenty, pastors and speakers by the thousands. But I also observed how we are the most spiritually poverty stricken, perhaps the most wounded, the most self-absorbed, the most inoculated to things of the Father. And don't think for a second that you and I, Christian, won't have to answer for our misuse, abuse, and lack of use of all He has given.
We have, in countless situations, quenched the Holy Spirit's power, then wonder why so many are depressed and angry and tired and weak and spent.
I was listening to Francis Chan last evening before I went to bed. He was passionate yet completely broken as he spoke to Christian pastors and leaders about "Being Rooted".
Francis mentioned that he had visited a beautiful little church in China where all of the members were believers. He said this beautiful little rag tag group of 70 or so people had adopted something like 150 special needs children from an orphanage--we're talking kids with HUGE physical and mental issues.
He said that even though they didn't have much in the way of earthly possessions; though their responsibilities and pressures were many, their joy was clearly evident. These folks were walking, talking examples of Christ's love in action, and it completely blew him away.  There was something so different about them--so completely refreshingly different.
We don't see a lot of that unexplained joy in our side of the world.

What do they know that we don't?  What's the source of that crazy, can't-put-my-finger-on-it uniqueness?

I'll tell you what it is.  Many of them have a heart that overflows with such peace and joy and love! Why? Because they have such a deep and daily renewing relationship with Jesus.
Their faces are not buried in cell phones (and I'm speaking to myself here). They aren't spending hours upon hours mindlessly scrolling through social media feeds squabbling about who said what, but rather they are on their knees in prayer. They are fasting and praying for the saints. They are pouring over the sacred pages of God's Word and devouring every detail, knowing that at any moment they could be arrested or worse, for simply uttering God's name.

It's a rarity, but isn't that what the church was designed to be?
Yet, as we on this side of the world mindlessly scroll through our feeds or try and bolster our career, our enemy is taking down another believer through doubt or depression.
As we go about our day-to-day to-do's, he is brewing a rage within another person's heart to be used at just the precise moment to inflict the most pain.
As we head to the movies or to the ballgame, the enemy is dancing as another drug addict loses the battle they've been fighting all because they have no hope.
As we make up excuses of why we can't get out and vote, help a neighbor, serve in some capacity at church or even attend church, for that matter, our enemy cracks his knuckles in sheer confidence that his plan is working.  We've lost interest in things that matter--things of our Father.  We've lost the passion that drives us to do His work and make a difference in our part of the world.
I guess this is where my heart is today. I am convicted. Instead of playing Candy Crush on my tablet, I want to be getting to know my Savior.
Instead of being so focused on my wants and my needs, or those of my family, I want to recognize the pain and desperation in others.
I want to have eyes that see and ears that hear. I want to love without judgment which is so hard to do, by the way.
I want to be an example, but I don't want to forget THE ultimate example--Christ.

I want to be a voice of reason, a promoter of truth, a presenter of hope.  I want to be where the Lord asks me to be and be all in.

I want to be so in love with Jesus that others can't help but take notice of that unusual difference in my life.

THIS is my prayer.  Won't you join me in being "rooted" in Him?  Together in His power, we can make a difference!